Well, the third quarter was a humdinger.

It began with the first International Monetary Fund (IMF) default by a developed country (Greece) and finished with Hurricane Joaquin possibly headed toward the east coast. In between, China's stock market tumbled, the Federal Reserve tried to interpret conflicting signals, and trade growth slowed globally.

After such a stressful quarter, we may see an uptick in the quantity of alcoholic beverages consumed per person around the world. That number had declined (along with economic growth in China) between 2012 and 2014, according to The Economist.

No Grexit - for now
Despite defaulting on its IMF loan, rejecting a multi-billion-euro bailout plan, and closing its banks for more than two weeks, Greece was not forced out of the Eurozone. Instead, Europe cooked up a deal that left the IMF unhappy and analysts shaking their heads.

The Economist reported the new deal for Greece was an exercise in wishful thinking. The problem is the deal relies on "the same old recipe of austerity and implausible assumptions. The IMF is supposed to be financing part of the bailout. Even it thinks the deal makes no sense." It's a recipe we're familiar with in the United States: When in doubt, defer the problem to the future.

A downturn in China
Despite reports from the Chinese government that it hit its economic growth target (7 percent) on the nose during the first two quarters of the year, The Economist was skeptical about the veracity of those claims. During the first quarter:

"Growth in industrial production was the weakest since the depths of the financial crisis; the property market, a pillar of the economy, crumbled. China reported real growth (i.e., after accounting for inflation) of 7 percent year-on-year in the first quarter, but nominal growth of just 5.8 percent."

That statistical sleight of hand implies China experienced deflation early in the year. It did not.

On a related note, from mid-June through the end of the third quarter, the Shenzhen Stock Exchange Composite Index fell from 3,140 to about 1,716, according to BloombergBusiness. That's about a 45 percent decline in value.

They may have been right. The Wall Street Journal reported, although unemployment remained at 5.1 percent, just 142,000 jobs were added in September. That was significantly below economists' expectations that 200,000 jobs would be created. The Journal suggested the labor market has downshifted after 18 months of solid jobs creation.

Global trade in the doldrums
The global economy isn't as robust as many expected it to be. According to the Business Standard, the World Trade Organization (WTO) lowered its forecast for global trade growth during 2015 from 3.3 percent to 2.8 percent. Falling demand for imports in developing nations and low commodity prices are translating into less global trade. Expectations are trade growth will be 3.9 percent in 2016, which could help support global economic growth.

CHANGE IS COMING: America's share of the global economy is potent. Our country accounts for 16 percent (after being adjusted for currency differences) of the world's gross domestic product (GDP) and 12 percent of merchandise trade. According to The Economist, we dominate "the brainiest and most complex parts of the global economy." Our presence is strong in social media, cloud computing, venture capital, and finance. In addition, the dollar is the world's dominant currency.

While the view from the top is pleasing, we may not be there forever. The Economist explained:

"In the first change in the world economic order since 1920-45, when America overtook Britain, [America's] dominance is now being eroded. As a share of world GDP, America and China (including Hong Kong) are neck and neck at 16 percent and 17 percent respectively, measured at purchasing-power parity. At market exchange rates, a fair gap remains with America at 23 percent and China at 14 percent... But any reordering of the world economy's architecture will not be as fast or decisive as it was last time... the Middle Kingdom is a middle-income country with immature financial markets and without the rule of law. The absence of democracy, too, may be a serious drawback."

It may be hard to believe, in light of recent economic and market events in China, but change is on its way. Regardless, the influence of the United States should continue to be powerful well into the future.

"Governing a great nation is like cooking a small fish - too much handling will spoil it."

It's very difficult to develop a steady, consistent swing if your head's moving all over the place. Ideally, you want your head and neck to swivel to allow you to watch the ball throughout the swing while keeping your head relatively still.

To work on keeping your head steady, try this easy drill:

Find a handy wall with a flat stretch of ground in front of it. Stand a couple of feet away with a club in your hand. Pretend that you're setting up to the tee and fall into your natural stance over the ball while pressing your forehead against the wall. You may have to adjust your distance away from the wall to avoid bending too far over or standing up too straight. When you're in a comfortable stance, take a backswing and then swing through your imaginary ball. What's your head doing? If you feel it rubbing around against the wall, it means that you're not keeping a steady head throughout your swing.

If you'd rather not rub the skin off your forehead, you can try a similar drill by putting a tee in your mouth and working on keeping it pointed directly over the ball throughout the swing.

What is the danger of using a market timing strategy?

The goal of a market timer is to enter the market as it begins rising, and exit before it falls. While the strategy sounds appealing, it is difficult to execute, since no one has been able to devise an accurate system that can tell in advance if the market will rise or fall. Market timers therefore tend to follow the trends, bailing out after the market has started to fall, and jumping in after it has started to rise.

However, the stock market movements are jerky, not smooth, and allow little time for even the most prescient market timer to act. Thus, one of the major risks of this kind of strategy is that it may have an investor out of the market when the bulls stampede.

Probably the biggest risk of a market timing strategy is that a few missed bull markets can negate the long-term return advantage stocks have historically provided. In recognition of this all too familiar trait, investors should refrain from full-bore timing strategies.

In the world of personal finance, diversifying a portfolio across asset types provides protection that is too certain to be discarded for the uncertain promises of market timing. Although it is important to review and rebalance portfolios over time, timing strategies that call for either an all-stock or an all-debt portfolio, or almost-all-stock or almost-all-debt, contain excessive and unnecessary levels of risk.

Please contact me if you or someone you know would like help creating and maintaining a diversified portfolio. 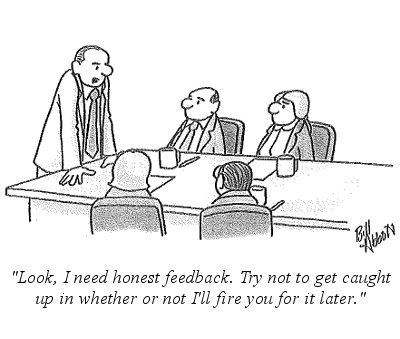