Investors around the world breathed a sigh of relief last week.

It wafted many markets higher. The NASDAQ jumped by more than 4 percent. The Standard & Poor's 500 Index gained 2.4 percent. France's national benchmark index rose 4.5 percent, Germany's was up 3.2 percent, Italy's increased by 3.6 percent, and China's Shanghai Composite was up 2.1 percent. So, what happened?

First, the Chinese stock market staunched its wounds and recovered some value, which eased investors' worries. According to Barron's, by the end of the week, the Shanghai Composite Index was up 13 percent from its early July low. The market's recovery owed much to Chinese government intervention. BloombergBusiness explained:

"Chinese policy makers have gone to unprecedented lengths to put a floor under the market as they seek to bolster consumer confidence and prevent soured loans backed by equities from infecting the financial system. Over the past few weeks, they've banned large shareholders from selling stakes, ordered state-run institutions to buy shares, and let more than half of the companies on mainland exchanges halt trading."

Investors also were appreciative when Greece reached an agreement with its creditors. It accepted austerity measures, which voters had soundly rejected with a 'no' vote on July 5 to forge a bailout agreement with European Union (EU) leaders.

That doesn't mean the Greek debt debacle is over. Late last week, the International Monetary Fund issued a memo indicating it would not support a bailout for Greece unless significant debt relief was involved. Neither the EU nor the European Central Bank is interested in forgiving Greek debt. In fact, that was one of the main reasons negotiations with creditors failed the first time around.

ARE YOU MISSING OUT on a possible triple tax advantage? If you have a high deductible health insurance plan and you're not contributing the maximum to a health savings account (HSA), then you may be missing out. A study cited by The Washington Post found just one in 20 people with HSAs take full advantage of the opportunity.

Tax advantages aren't the only reason to open an HSA. Money set aside in these accounts can be used to pay health insurance deductibles as well as qualified medical expenses. Although, according to The New York Times, determining which products can be purchased with HSA savings can be confusing:

"Under a change enacted with the Affordable Care Act, most over-the-counter drugs, like common allergy medications or pain relievers, are HSA-eligible only if you get a prescription for them from your doctor. On the other hand, items like sunscreen and contact lens solution are eligible for purchase - without a prescription - with your HSA funds."

It's important to make sure HSA funds are used for qualified expenses because any money withdrawn for non-qualified expenses is taxed as ordinary income, plus a 20 percent penalty tax is assessed if the account holder is younger than age 65.

That brings us to another advantage provided by HSAs. Kiplinger.com explained money not spent during the contribution year remains in the account. Any earnings grow tax-deferred and the savings that accumulate may be used for qualified medical expenses in the future or, once the account holder reaches age 65, for living expenses. In the latter case, withdrawals may be taxed as ordinary income.

"In theory there is no difference between theory and practice. In practice there is."

A chip isn't a glamorous shot, but it's one of the best shots to have dialed in. To improve your chipping, focus on "stacking your impact position" by lining up your left arm, shaft, and weight over your left leg at the moment of impact. Stacking helps you chip crisply and consistently and judge distances more accurately. If you're not able to stack, your chipping may be inconsistent, giving you a lot more variables to try and control. If you've got crisp shots, all you need to dial in for each shot is the length of your backswing to match the distance of the shot.

If you have self-employment income, you may be able to establish a SEP IRA account or Individual 401(k) which have maximum contribution amounts of $53,000 in 2015. 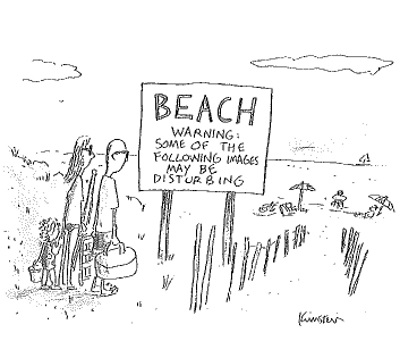