There was a spate of bad news last week, and it drove U.S. markets lower.

China's wild ride isn't over yet. The Purchasing Managers' Index, a private measure of Chinese manufacturing, came in below expectations at 48.2, according to BloombergBusiness. Results below 50 indicate the sector is contracting. That doesn't bode well for growth in China, which is the biggest global consumer of metals, grains, and energy, or the rest of the world.

Things weren't rosy in the United States either. Sales of new homes in June came in below expectations, and the median new home price fell from a year ago. That news was a U-turn from recent data indicating strength in the housing market.

Earnings news was also less than stellar. The Standard & Poor's 500 Index is kind of pricey, according to Reuters, and second quarter earnings for companies in the index were mixed. Seventy-four percent of companies beat earnings expectations but not nearly as many delivered on expected revenues.

Earnings weren't the only issue on investors' minds. Last week, the Federal Reserve has signaled a September rate hike was a possibility. This week it inadvertently released a confidential staff forecast that included estimates for inflation, unemployment, economic growth, and the fed funds rate. The Washington Post reported:

"Currently, the fed funds rate is between 0 and 0.25 percent, the same level it has been since the financial crisis hit in 2008... The staff prediction is that the prevailing fed funds rate during the fourth quarter will be 0.35 percent. Though there is no reference to exactly when or how that could happen, analysts say the most likely way is for the central bank to raise its target rate in September."

Experts cited by Barron's cautioned, "...it's not the first rate hike that's important. It is what comes after that." Stay tuned.

A HIGH SCHOOL DEGREE. Companies often take an interest in education. Some involve themselves in community outreach efforts, sending employees to teach financial literacy or educate students about careers that demand knowledge of a particular field of study. Others have foundations that provide financial support to school districts.

Recently, a new model of assistance was introduced. Pathways in Technology Early College High Schools (P-Tech) were the brainchild of New York City, City University of New York, and a large technology company. The schools offer a six-year educational program that combines public high school, community college courses, and paid work experience. Students graduate with an associate degree and it doesn't cost them a penny of tuition.

The first six students graduated from P-Tech - two years early - in June 2015. All received job offers from the technology company. Three accepted and three decided to go on to college. The Economist described one graduate, who opted for employment:

"He applies his programming and technical skills to a digital platform that provides market research to his colleagues. It is a good job: he makes $50,000 a year, has a health-care package, and a pension plan. Mr. Saddler is 18 years old. He earned his high-school diploma last month. A few weeks before finishing school, he also received an associate degree in computer systems technology."

Since about 30 percent of the companies in the United States cannot fill open positions, P-Tech is an idea that's gaining traction. More than 70 small and large companies are collaborating with high schools and colleges to promote the concept. Twenty-seven schools have been introduced in New York, Connecticut, and Illinois, to date. Colorado is expected to be the next state to follow suit.

"Rightful liberty is unobstructed action according to our will within limits drawn around us by the equal rights of others."

If you're struggling with hooks and slices, you need to work on controlling the curve of the golf ball. What determines the trajectory of the ball in flight is the position of the clubface at impact. An easy way to help yourself square the clubface properly is to put a tee through the back of your glove as a reference. The tee should be sticking out of the glove on the back of your hand.

Set up to the ball as your normally would and take a few practice swings, noting where the tee is pointing as you approach the ball. Ideally, you want to rotate your hands so that the tee is facing the target; when the tee faces your target, the clubface will be square at impact.

Practice this drill multiple times to dial in your swing and develop better control of the ball. 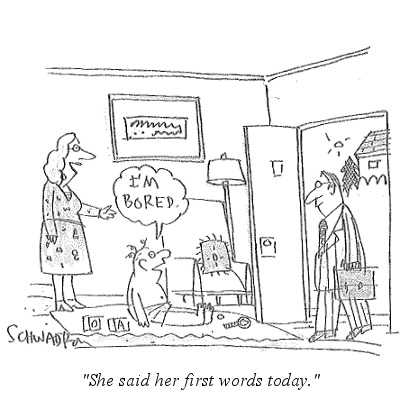