Just a few weeks ago, on September 17, the Federal Reserve Open Market Committee (FOMC) decided to leave the fed funds rate unchanged. In part, this was because, "Recent global economic and financial developments may restrain economic activity somewhat and are likely to put further downward pressure on inflation in the near term."

The next day, September 18, stock markets tumbled. By the time September was over, many markets had closed on their worst quarter in four years, according to the BBC. The Dow Jones Industrial Average fell by almost 8 percent, Britain's FTSE 100 was down 7 percent, Germany's Dax was off by almost 12 percent, and the Shanghai Composite lost more than 24 percent.

Last week, on Thursday, the minutes of the FOMC meeting were released. Investors' response was quite different. Barron's reported many believe a rate hike during 2015 is less likely than it once was, and that reinvigorated investor optimism:

"Going into Friday's session, global equity markets' valuations were enriched by some $2.5 trillion, according to Bloomberg calculations. As for U.S. stocks, Wilshire Associates reckons that they tacked on 3.44 percent, or approximately $800 billion, over the full week, based on the gain in the Wilshire 5000 index, their biggest weekly gain in nearly 12 months."

Why does the same news elicit two very different responses? There are many reasons. Foremost among them is the fact a lot of elements influence markets--investor confidence, company valuations, central bank actions, automated trading, and many others.

What does last week's upward push mean? One analyst cited by Barron's suggested we're seeing a bear market rally, but only time will tell.

DO YOU HATE DOING LAUNDRY? THEN, YOU MAY BE IN LUCK. The world's most recent laundry bot was introduced at Japan's 2015 Combined Exhibition of Advanced Technologies (CEATEC), a technology trade show. The Telegraph reported the robot was developed to eliminate the tedium of laundry, which (as moms and dads everywhere know) is one of the least popular household chores. Not only does 'Laundroid' wash and dry clothes, it also can sort them, fold them, and put them away in a cupboard.
If you're thinking, it sounds to good to be true, you're right--for now. Digital Trends pointed out Laundroid works quite slowly:

"The last laundry-folding robot we saw in action took a long time to get a small towel neatly folded into a little rectangle, and that was with the video sped up. Laundroid is no faster, based on a demonstration at the CEATEC...It took several minutes for the robot--hidden inside a futuristic-looking black cabinet--to fold up a freshly washed T-shirt, according to Engadget. Although it did the task decently, if not in Martha Stewart-approved style, it's obviously not ready to take on a basket full of jeans and sheets."

The fly in the ointment is the bot must determine a shirt is a shirt, and a pair of pants is a pair of pants, and so on, before it can fold items. After all, each item is folded differently. Socks, it seems, pose a particularly ticklish challenge. So, how long does it take? Laundroid needs about seven hours to fold a basket of clothes.
If you have a lot of laundry, you may want to check back in a few years.

"Human subtlety will never devise an invention more beautiful, more simple, or more direct than does nature because in her inventions nothing is lacking, and nothing is superfluous."

Making solid contact with the center of the golf ball is one of the biggest fundamentals to making more consistent shots. How and where you hit the ball will affect the spin, launch angle, distance, curve, and path of the ball - everything. It can also affect your perception of your swing. That is to say, off-center contact can lead you to believe you have other problems with your swing, causing you to change your swing dynamics to compensate. To be a great ball striker you need to have the ability to hit the ball in the exact center of the face.

Here's a great drill that will help you dial in your contact: Next time you're on the course, take along two extra balls and a permanent or dry erase marker. If you're using range balls, definitely use the dry erase marker so that you won't permanently mark them up.

Using your marker, draw a big dot on the ball so that you can see where you're striking the ball each time by where your impact mark compares to the dot. If you find that you're hitting the ball too much on the toe or heel of the ball, you can use the following drill.

If you're hitting too much ahead of the dot, set up two balls in a line away from you, with the dot ball being the one farthest from you. Often, the cause of toeing the ball is striking with your arms too close to your body. Tee up to the closer ball but strike the dotted ball to help yourself feel the right extension in your arms.

If you have the opposite problem, tending to heel the ball, perform the same drill but place the dotted ball closer to you and tee up on the farther ball. 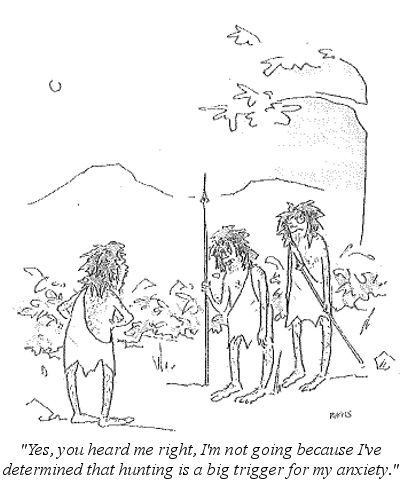