After briefly stumbling the week of September 4, domestic indexes notched significant gains last week and hit record highs. By Friday, the S&P 500 exceeded 2,500 for the first time, the Dow closed at its highest level ever, and the NASDAQ reached an intraday record. Each of the indexes gained well over 1% for the week, with the S&P 500 adding 1.58%, the Dow jumping 2.16%, and the NASDAQ increasing 1.39%. International stocks in the MSCI EAFE also performed well, with a weekly gain of 0.55%.

When looking at these sizable increases, you might expect that positive data and geopolitical calm filled the news last week. Instead, we experienced a number of occurrences that could have derailed stock performance:

So, why did stocks rise despite these less-than-stellar updates?

Of course, it goes without saying that the markets are incredibly complex. You can rarely, if ever, point to a single reason for their performance. Still, a few details may help put this week's seemingly incongruous gains into perspective.

What is on the horizon?

Hurricanes Harvey and Irma could continue to affect economic data in the fourth quarter by driving down retail sales and increasing the Consumer Price Index. We may need to wait a few months before we can see the true trends underlying the data. For now, we will continue to track market performance and investor sentiment, and seek out accurate information amidst the hype.

In the meantime, we also want to help ensure you have the information you need to address another critical topic in the financial world: protecting your identity. With Equifax announcing that its data breach may have affected 143 million customers' most important personal information, many Americans need to take steps to secure their accounts. To get full details on the breach and its potential impact to you go to www.equifax.com/personal. If you have questions about what steps to take next - and how to help prevent identity theft - please contact us to talk.

How to Hit 'Knuckleball' Flop Shots

Flop shots are useful when you've got just a little green to work with. For example, if you're just off the side of a green with a tucked pin, you need a shot that sticks as soon as it lands - it doesn't spin and is "dead" when it hits the green. This shot not only adds diversity in shot-making for the golfer, but is impressive to watch when you pull it off.

This tip shows you the technique for gripping the club, selecting the right club, and executing the shot so the ball lands on the green and does not roll out.

The Setup
Use the most lofted club in your bag, like a 60-degree wedge. Open the face and the stance just as you would a bunker shot. Weaken your grip (for a right hander, turn both hands counterclockwise on the grip). Try to feel that the "v" that is created between the thumb and first finger points to your lead shoulder. The weak grip prevents the face from rotating close during the shot.

The Shot
In the backswing, make sure to hinge the wrists quickly, which sets up a downswing that allows the club face to slide underneath the ball. The face will continue pointing to the sky beyond impact, and the ball will hardly spin off the face so when it lands on the green it won't roll out. Think of a knuckleball in baseball and how little it spins.

Avoiding bad behaviors
In the most recent version of the study, Dalbar showed that the 20-year average returns for the Standard & Poor's 500 Index and Barclays Aggregate Bond indexes were 8.21% and 6.34% respectively. You would expect the average investor return to be in the same general vicinity as the benchmarks. Instead, the average equity investor earned just 4.25% per year and the average fixed income investor earned just 0.98% per year over the same 20-year period.

Tax-efficient strategies
Taxes can have a significant effect on portfolio return. This is especially true during retirement when investors begin to draw money from their accounts.

Depending on your situation, a full service wealth manager may be able add value in many more areas than the three listed above. If you or someone you know would like help to analyze your financial position and determine whether or not professional wealth management can add value, please contact my office for a complimentary review. 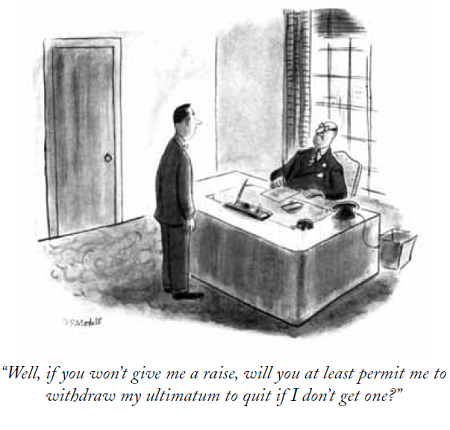