Last Friday, all 3 major domestic indexes continued their streak of weekly gains and record highs. The S&P 500 added 0.15%, and the Dow was up 0.43%. Meanwhile, both indexes posted their 5th weekly gain in a row. In addition, the S&P 500 and Dow each hit intraday trading records on Friday. The NASDAQ also increased 0.24%, ending on a record high with a 3rd straight week of growth. International stocks in the MSCI EAFE rose as well, gaining 1.61% for the week. 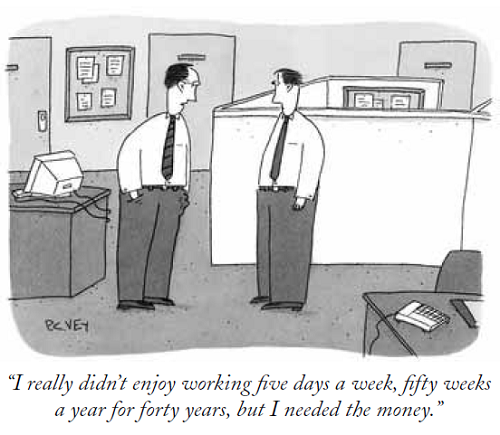 Only 8% of the world's money exists in physical form; the rest is in computers.

What drove market performance last week?
We received a number of new reports last week, including data showing jumps in the Producer Price Index, Consumer Price Index, and Retail Sales. Recovery efforts from hurricanes contributed to the gains in all three of these readings. And they could continue to affect the markets for a while.

In addition to this new data, two key events contributed to the markets' continuing growth: 1) a positive start to earnings season and 2) high consumer sentiment numbers.

We believe that the ongoing record highs we are witnessing are a good reminder to not let headlines or fear drive your financial choices. This year has certainly provided a variety of geopolitical drama to distract from the economic fundamentals. Nonetheless, in 2017, U.S. share prices have gained $3 trillion in value so far. At the same time, investors have taken $45 billion out of their ETFs and mutual funds - essentially missing this market rally.

Investors exit markets for myriad reasons. But when emotion drives choices, rather than true strategy, those decisions can have a lasting affect on long-term goals. If you have questions about how the markets are performing - or what choices you should be considering right now - we are always here to talk.

What Married Women Fear Most in Retirement

In a recent Forbes interview, Dr. Dorian Mintzer, PhD, a psychologist and co-author of The Couples Retirement Puzzle, discussed the greatest fears of women as they approached retirement. Those worries included:

According to Dr. Mintzer, unspoken expectations can be a major problem in retirement. Couples often have their own thoughts and ideas about retirement, but haven't taken the time to share them with each other. They assume the other person will be on the same page, or at least amiable towards it. But instead, it ends up being fertile ground for arguments.

This is one reason why retirement coaching has continued to grow in popularity. Couples may not necessarily need therapy, but rather a safe place with a trained third party to help them share their thoughts and ideas for retirement.

According to Dr. Mintzer, "It's about clarifying what's important to you, compromising and finding ways to create a shared vision that takes into account some of what each of you want and need. Retirement is a transition that evolves and you have to be flexible with it and the people around you."

A Roth conversion refers to taking all or part of the balance of an existing traditional IRA and moving it into a Roth IRA.

If you expect to be in a relatively low tax bracket in any given year, you can convert the portion of your IRA that you are willing to pay current taxes on to your Roth IRA. Once the conversion is made, you have until your tax-filing deadline to decide if you would like to undo, or recharacterize, the conversion and move the funds back into your Traditional IRA. This provides investors with a high level of flexibility and allows you to understand your complete income tax picture for a given year before deciding how much money to keep as a Roth IRA conversion.

Other questions to consider: