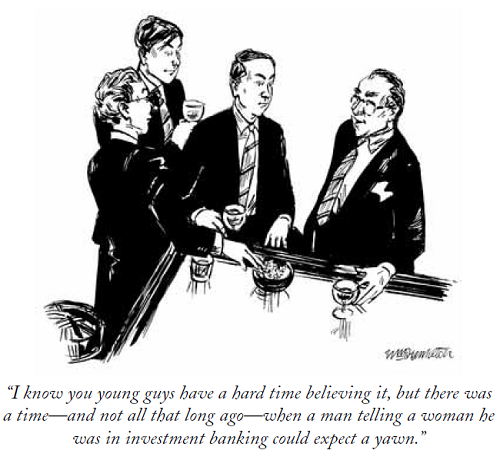 In ancient China, scolding a parent or grandparent was punishable by death.

On Thursday evening, the senate passed the blueprint for a $4 trillion budget. The vote sets the stage for a tax overhaul that could lower taxes for many families and businesses. In addition, some investors believe the promise of tax cuts could push market valuations even higher.

Other investors, however, have expressed concern. Although the economy is growing and corporate earnings are up, they fear a potential market correction.

Against this backdrop, last week marked a key milestone in financial history: the 30th anniversary of Black Monday - the largest single-day market percentage drop in history. Remembering the over 22% loss the Dow experienced that day, some investors may worry about whether the same type of precipitous drop is possible today.

Why Today Is Different

In the wake of the 1987 crash, regulators implemented a series of "circuit breakers" to avoid anxiety-induced sell-offs. These rules required a pause in trading if the Dow dropped by 10, 20, or 30%. Since implementing the circuit breakers, only one market-wide pause has occurred - in 1997.

Over the years, regulators have updated the circuit breakers and connected them to S&P 500 performance rather than the Dow. But their function remains the same: to allow time to help understand and react coolly to dramatic market declines. These rules help prevent unnecessary fear and instability from taking over the markets.

While the recent market performance is impressive, it is not unprecedented. Hitting record highs doesn't have to mean that a correction is ahead. In fact, a year after reaching a new peak, the S&P 500 has had positive growth 72% of the time. Rather than allowing fear or euphoria to drive choices, focusing on data and strategy remains important in every market.

Looking ahead, this week will give us a clearer picture of our economic growth as the first readings of third quarter GDP come out on Friday. Many economists are predicting that the data will show another quarter of strong growth.

We encourage you to contact us if you have any questions about how market highs may affect your portfolio or long-term strategy. We are here to focus on your financial goals and investments, so you can focus on what truly matters to you.

THE THREE PHASES OF RETIREMENT

When workers think about what retirement will be like, they often imagine it as a single monolithic event. But in a recent article, writer Wendy Connick argues retirement is a three-stage event, and for most retirees, each stage is considerably different.

Because new retirees are relatively young, they're often in good health and have a relatively high energy level. However, our natural desire to live it up after decades of work means that this first decade is typically an expensive one for retirees.

The second decade: settling in

Once the first decade of retirement has passed, you've had time to get used to the whole retirement thing and have likely sated your taste for adventure. Spending typically drops during this phase of retirement. Americans aged 75 and older spend 23% less on average than those aged 65 to 74, according to a Bureau of Labor Statistics study.

The third decade: winding down

By this time you're in your 80s or 90s and probably have much less energy than you did at the beginning of retirement. Many retirees at this stage move to assisted-living facilities or require other types of long-term care. It's best to explore different care options before you actually need them, it's also a good idea to arrange for a power of attorney with a trusted advisor or family member so that if you become unable to make decisions for yourself, someone with your best interests at heart will make them for you.

Planning for the three stages

Since your health and energy levels will be highest at the beginning, it's wise to pursue your highest-activity desires during your first decade of retirement. Just keep an eye on your budget so you don't overspend and cause problems for yourself later. During the middle and later stages of retirement, many retirees experience feelings of isolation -- so this is a good time to be close to family and friends. And remember: You worked hard for decades to be able to enjoy a pleasant and comfortable retirement. This part of your life should be all about you, so put your time and energy into enjoying yourself!

AMASS A CASH CUSHION AS YOU APPROACH RETIREMENT

In the years leading to retirement you should start spending less and saving more. This does not mean you should liquidate investments, but if you start to save large sums of money, it will help you be prepared to deal with sequence risk. That means, you will be able to ride out a downturn in the market in your early retirement years, allowing your investments the opportunity to rebound before you have to liquidate them.

In addition, living off cash in retirement may also keep your income tax bracket a bit lower, which may make Roth IRA conversions more attractive.

Lastly, stockpiling cash will help you adjust to a lower-cost lifestyle in retirement, something even the wealthy should strive to achieve. If you're currently earning $1 million a year and want to re-create that same amount in retirement, using a 4% withdrawal rate, you'd need a nest egg of $25 million. That's not feasible for most folks. So, if you start saving substantial amounts in the years leading up to retirement, your spending should decrease accordingly. That's never a bad move as you enter your retirement years.