Once again, the markets ended the week in positive territory - and all 3 major domestic indexes hit new record highs. The S&P 500 added 0.26%, and the Dow was up 0.45%, with both indexes notching their 8th straight week of growth. The NASDAQ was up for the 6th week in a row with a 0.94% gain. International stocks in the MSCI EAFE joined in the growth, posting a 0.90% increase. 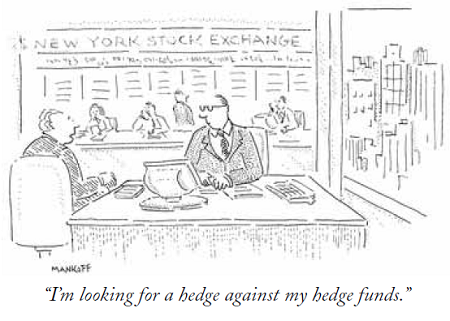 92% of people say that they would rather be rich than find true love.

Why did markets continue to perform well last week? In part, economic data, political developments, and policy decisions gave investors a variety of details to digest.

After last week's wealth of data and developments, this week's schedule is relatively quiet. We will continue to monitor incoming details and determine how they may affect our clients' financial lives. In the meantime, if you have any questions, we are always here to talk.

Americans are constantly on the lookout for ideas to help make retirement not only more affordable, but also more fun. Here are four trends from Today.com that are making retirement more enjoyable - and accessible - for retirees of all kinds.

Individuals and couples live in private homes but share ownership of a central common house. In one New Mexico community, there will be 28 home sites on 10 acres, with a 4-acre grassy commons, a common house and a barn. Each custom home will follow guidelines for sustainability and energy efficiency.

Belize: Cheap - and they speak English

Despite its Central American setting, Belize uses English as its national language. The country is also popular with Americans because it's possible to live here comfortably for less than $25,000 a year. Belize also has big appeal as a retirement destination for active couples who love snorkeling, scuba diving and jungle trekking.

Build a tiny home - in your adult children's backyard

Itsy-bitsy houses - some just 400-square-feet - are the newest trend in residential construction. With a tiny kitchenette, a very intimate sitting room and a loft bedroom, these houses are low-cost, low-maintenance and perfect for the retiring couple seriously looking to "down-size." A Virginia company sells a 400-sq.-ft. log cabin with a covered porch for $36,900. If you have grown children who want to look after you, but you still want your independence, this might be a perfect solution - because some retirees choose to build these mini-homes in their children's backyards.

Workamping: Semi-retirement in an R.V.

Imagine driving around the country in your camper van or R.V., picking a nice campsite, and then taking a temporary job to earn some extra cash. When the travel bug hits you, just unhook your RV from the camp facilities and head to someplace new. Job opportunities for workampers include amusement parks, hotels in national parks, and the Army Corps of Engineers.

SEE IF IT'S TIME FOR A TRUST

If you're above the estate tax exemption ($5.49 million per person in 2017), or your retirement plan is significantly overfunded, consider the world of irrevocable trusts. Often the goal here is to remove assets from your taxable estate in order to avoid the federal estate tax.

Those who are wealthy and charitably minded may want to consider charitable remainder trusts, which designate a set amount (either percentage or dollar) as annual income for you, with the remaining principal passing at death to a charity. Charitable remainder trusts can provide significant tax deductions to offset high income, eliminate capital gains taxes on donations of highly appreciated property, and allow the potential for higher after-tax income streams, as well as leaving a legacy to the cause of your choice.

These structures are complex and if you want to go down this path, you will need to consult with a CPA, estate attorney and Certified Financial PlannerTM.