Domestic markets were up last week as tax reform became more likely. On Friday, multiple previously undecided Senators announced they would back the combined House and Senate bill, and stocks reacted by hitting new record highs. For the week, the S&P 500 gained 0.92%, the Dow added 1.33%, and the NASDAQ grew by 1.41%. International stocks in the MSCI EAFE increased 0.13%. 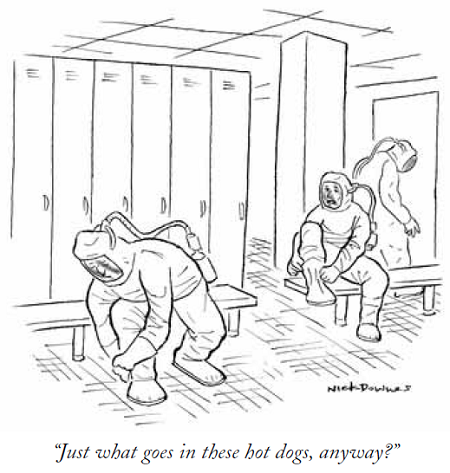 During Hanukkah, Jewish families devour some 24 million sufganiyot (jelly doughnuts) throughout the eight-day holiday. More people enjoy the fried treat than fast on Yom Kippur, the holiest day in the Jewish calendar.

The House and Senate may vote on the tax plan next week, and if it passes, a number of changes will be on the horizon. In particular, the corporate tax rate would drop from 35% to 21% in 2018. Anticipation of this change has contributed to the many record highs we've seen in the domestic markets this year.

However, while tax reform was a major topic last week, we also received a number of other economic updates. Two key events are worth noting: increasing interest rates and soaring retail sales.

The Federal Reserve Raised Rates
The Fed increased the benchmark interest rate for the third time this year, raising it a quarter percent to between 1.25% and 1.5%. Credit cards, home equity lines of credit, and adjustable-rate mortgages could all become more expensive as a result of the latest increase.

Retail Sales Soared
Consumer spending was far higher than expected in November, growing 0.8% over the previous month's numbers. This increase could contribute to strong economic growth in the fourth quarter.

Together, this week's market performance and economic updates may paint a picture of a healthy end to a year of significant growth. We will continue to monitor both geopolitical developments and economic data as they emerge. We look forward to seeing what is on the horizon for the rest of 2017 - and for the year ahead. As always, if you have any questions, we're here to talk.

Welcome to the land of the un-retired - folks who thought they were leaving the work world only to return because they sorely missed something about it, besides the money. These people retired on pensions or savings - or both - but ultimately woke up to believe there's more to life than watching Florida sunsets.

This "un-retirement" trend continues to build, according to a 2017 Rand Corp. study showing that 39% of Americans 65 and older who are currently employed had previously retired.

According to Chris Farrell, author of Unretirement: How Baby Boomers Are Changing the Way We Think About Work, Community and the Good Life, "We have a mistaken image of life, that you go to school, work for 40 years, then say goodbye to colleagues for the last time and embrace the leisure life - that's not turning out to be the arc of most people's lives."

When retirees are asked what they miss most about pre-retirement life, the No. 1 answer is typically colleagues, said Farrell. "What's constantly underestimated is that work is really a community. It turns out it's much healthier and more satisfying to work for a bad boss than to sit on the couch and watch TV.

AVOID BUYING MUTUAL FUNDS NEAR THE END OF THE YEAR

Mutual fund investors often get surprised by year-end capital gains distributions that can have a dramatic impact on their tax liability. Because of the way that funds work, you can end up paying taxes on gains that you personally didn't earn. To avoid this, it's best simply to wait on purchasing new fund shares in a taxable account until after the year-end distribution gets paid. Those who invest in IRAs and other tax-favored accounts don't have to worry about the impact of fund distributions.