The first week of 2018 is behind us, and across the globe stocks experienced a strong start to the year. International stocks in the MSCI EAFE gained 2.44% last week. In the U.S., our major indexes also leapt forward, hitting a number of records and milestones. 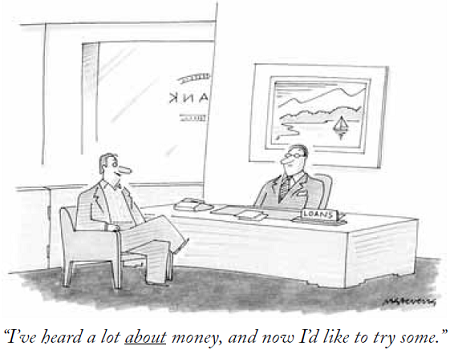 Over the entrance to the IRS building in Washington D.C. is a quote by Oliver Wendell Holmes: "Taxes are what we pay for a civilized society."

Domestic Index Performance for the First Week of 2018

A variety of factors affected the markets last week - from tax reform to commodity prices. Interestingly, considering the indexes' positive performance, one of the biggest economic headlines seemed to provide negative data: The U.S. economy added fewer jobs than anticipated.

On the surface, this report may seem like bad news for the economy. The missed projection, however, is likely less of a big deal than it appears at first. While hiring was lower than expected, wages picked up and the unemployment rate remained at 4.1% - the lowest rate since 2000.

Ultimately, this jobs report may be positive news for the markets. It shows that the economy is still adding jobs but not at a blistering pace. As a result, slower job growth could keep the Federal Reserve from raising interest rates too aggressively. Cleveland Fed President Loretta Mester said she believes, "We're basically at maximum employment from the view of monetary policy." She anticipates 3 to 4 rate increases this year. If the Fed continues with its gradual rate increases, this move could have a favorable affect on stocks.

As we move forward in 2018, we will continue monitoring a myriad of economic perspectives that may impact you, including any changes to monetary policy. For now, we are pleased to see the markets' positive start to the year and look forward to guiding you through whatever lies ahead.

BE INFORMED BEFORE GIVING

Before sending money to your favorite charity, there are three resources you can use to ensure that your money is being used the way you want it to be.

In order to receive a tax deduction for your donation, the charity must be a qualified organization. The I.R.S. has a searchable database of charities where you can verify that your organization holds 501(c)3 status.

One thing you'll want to know is, after costs, what percentage of donations go directly to the cause? Some charities are lean when it comes to overhead - the American Red Cross, for example, uses less than 10% of its budget for administrative and fundraising expenses, therefore spending over 90% of its income on programs that benefit communities, according to Charity Navigator.

When choosing a charity, look for one that dedicates less than 30% of its total costs to administration and fundraising expenses. That way, you can be sure your charity has an eye on maximizing your gift. Here are a couple of resources:

Qualified Charitable Distributions are a tax planning strategy for donors giving anywhere from $100 to $100,000. The big changes in the tax cuts bill make it even more relevant as millions of Americans will take the increased standard deduction and lose the incentive to itemize their taxes, including charitable deductions.

Here's how it works. Once you turn 70½, you must start taking "required minimum distributions" out of your traditional Individual Retirement Accounts. Normally, these distributions count as taxable income to you. But also, beginning at 70½, you can make gifts directly from your IRA to any public charity. These "charitable rollovers" count as part of your required minimum distribution, but aren't taxable income to you. That's a big benefit, particularly if, like most seniors, you don't itemize deductions on your individual tax returns.

If you don't itemize deductions, the rollover is a clear tax win. Even if you do itemize, it can save you more tax than taking the IRA distribution into income and then donating it. By lowering your AGI, the charitable rollover may keep other income from being subject to the 3.8% net investment income tax, for example. Another benefit: it can keep high-income premium surcharges for Medicare at bay.

Warning: The check from your IRA must be made out to a charity - not to you.