Central banks were at it again - and markets loved it.

Last week, European Central Bank (ECB) President Mario Draghi surprised markets when he indicated the ECB's governing council was considering cutting interest rates and engaging in another round of quantitative easing. The Economist explained European monetary policy was heavily tilted toward growth before the announcement:

"The ECB is already delivering a hefty stimulus to the Euro area, following decisions taken between June 2014 and early 2015. It has introduced a negative interest rate, of minus 0.2%, which is charged on deposits left by banks with the ECB. It has also been providing ultra-cheap, long-term funding to banks provided that they improve their lending record to the private sector. And, most important of all, in January it announced a full-blooded program of quantitative easing (QE) - creating money to buy financial assets - which got under way in March with purchases of €60 billion ($68 billion) of mainly public debt each month until at least September 2016."

Despite these hefty measures, recovery in the Euro area has been anemic, and deflation remains a significant issue. According to Draghi, Euro area QE is expected to continue until there is "a sustained adjustment in the path of inflation." Europe is shooting for 2 percent inflation, just like the United States.

The People's Bank of China (PBOC) eased monetary policy last week, too. On Monday, data showed the Chinese economy grew by 6.9 percent during the third quarter, year-over-year. Projections for future growth remain muted, according to BloombergBusiness. On Friday, the PBOC indicated it was cutting interest rates for the sixth time in 12 months.

U.S. markets thrilled to the news. The Dow Jones Industrial Average, Standard & Poor's 500 Index, and NASDAQ were all up more than 2 percent for the week. Many global markets delivered positive returns for the week, as well.

IT'S IMPORTANT TO ASK THE RIGHT QUESTIONS. A recent article in The Economist examined the "gig" economy. You know, people selling crafts online, offering their services as taxi drivers, renting their cars and spare bedrooms for short periods. Some folks even rent space on their driveways to commuters. It's that old American ingenuity and, as it turns out, it's difficult to quantify.

Analysts expected this employment revolution to be reflected in self-employment statistics. However, the self-employment rate in the United States has declined during the past two decades, according to Pew Research.

Why would self-employment be falling when more people appear to be offering services independently? The Wall Street Journal suggested several possibilities: 1) The gig model might not be prevalent even though some headline-grabbing companies rely on it; 2) It's possible gig companies operate in industries that have always depended on independent contractors; or 3) people who do this work may report they are employees of the firms they work for rather than independent contractors.

The Economist concurred with the last, suggesting that people do not consider their gigs to be work. If that's the case, then governments may not be asking the right questions when they try to assess the situation. A British survey that focused its queries on alternative employment found that about 6 percent of respondents participated in the gig economy.

Does it matter? Should anyone be concerned the dimensions of this segment of the economy are relatively unknown? The Economist suggests it is important:

"Measuring the gig economy matters. To get a clear picture on living standards, you need to understand how people combine jobs, work, and other activities to create income. And, this gets to the crucial question of whether the gig economy represents a positive or negative development for workers. All this makes it important for official agencies to have a go at measuring it."

What's the solution? The Wall Street Journal suggested the U.S. Congress might want to reconsider funding the U.S. survey of Contingent and Alternative Employment Arrangements. The last time it was conducted was 2005.

"The function of education is to teach one to think intensively and to think critically. Intelligence plus character - that is the goal of true education."

Make Consistent Impacts with Your Iron

Striking consistently with your iron when the ball is resting on the ground takes a different technique than a driver. To make a strong impact, you want to strike the ball with a descending blow and pinch the ball between.

To accomplish this, make sure that at impact your hands are slightly ahead of the ball - 10-12 degrees is enough - to help your clubhead strike downward into the ball. You'll know you've got it right when you are able to create a divot on the side of the ball that's toward the target.

If you have self-employment income, you may be able to establish a SEP IRA account or Individual 401(k) which have maximum contribution amounts of $53,000 in 2015. 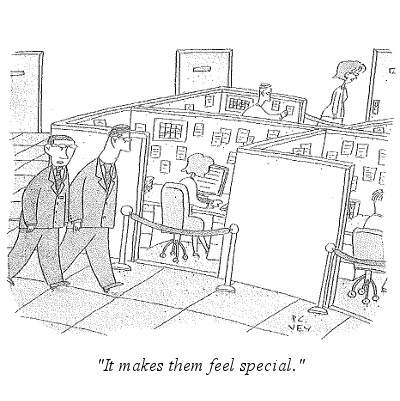