We're only a few weeks into 2018, and stocks are showing quite a strong performance so far. Last week, major domestic indexes posted gains yet again, with all 3 up at least 5% this year. By Friday, the S&P 500 had added another 0.86%, and both the Dow and NASDAQ were up 1.04%. All 3 indexes hit new record highs at least once during the week. 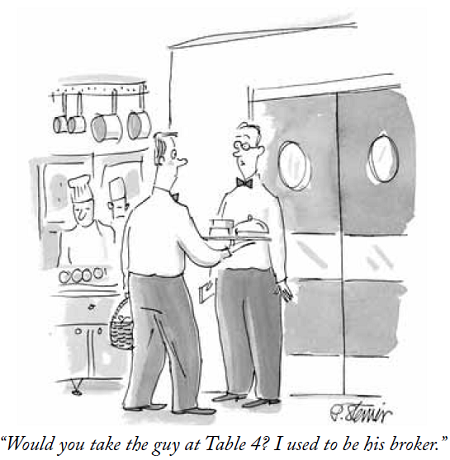 On January 22, 1997, Tulsa resident Lottie Williams became the first human to be struck by a remnant of a space vehicle (Delta II rocket) after re-entering the earth's atmosphere. Scientists estimate the odds of being hit by a piece of falling space junk are around one in a trillion.

Corporate Earnings
In the U.S., corporate earnings season dominated much of the economic news as reports continue to show companies doing well. For organizations that released their 4th-quarter results, 79% beat earnings projections and 89% exceeded sales estimates.

Government Shutdown
The Federal government shut down on Saturday morning, January 20th, after the House and Senate failed to pass a bill to extend funding. This shutdown is the first since 2013.

How did these occurrences affect the markets?

While a potential shutdown loomed last week, overall, investors had little reaction to its possibility. Volatility did increase last week as investors waited to see whether or not the House and Senate would reach a compromise on government funding. However, the solid news from corporate earnings seemed to outweigh concerns about the Federal government. Rather than focusing on drama in Washington, many traders are paying attention to the strength in U.S. corporations' fundamentals.

As more data unfolds, we will continue to monitor the relationship between government policy and economic performance. As always, if you have any questions about how current events and market developments may be affecting you, contact us any time.

5 WAYS LIFE COULD CHANGE FOR RETIREES IN 2018

Retirement experts spoke with MarketWatch about what to expect in the new year. Here are five ways they say life could change for retirees - and those working toward retirement.

Employers may evolve the benefits they provide. This can come in many forms, such as offering workers leave and services to take care of their aging parents and automatically enrolling employees into retirement plans. For workers still approaching retirement, there may be an uptick in 401(k) plans to take advantage of because the corporate tax rate is being lowered to 21% from 35%, so companies may spend more money on employees.

And government benefits programs are changing what they give... and take

After finishing the tax bill, Republicans will target entitlement programs, such as Medicare and Medicaid, in 2018, House Speaker Paul Ryan said earlier this month. The Social Security cost-of-living adjustment is the largest jump since 2012. Keep in mind, though, the raise is because of inflation, which means retirees will be paying more for goods and services as well.

Retirement isn't what it used to be. Decades ago, retiring meant no longer going to work and moving to a warm-weather spot. Today, it usually means having a part-time job as a consultant, a full-time job in a new field, or at least a side hustle, like driving for Uber.

Analysts expect that even as it approaches its ninth year, the bull market will continue, with the S&P 500 to reach record-breaking levels in 2018. What's this mean for retirees? Keep thinking about the long-term, and check asset allocations. Even with a bull market, near-retirees should look to reduce excessive risks as a downturn would be detrimental to their savings, and come at a bad time when they're preparing to use and need those assets.

The amount of life insurance still needed in one's 50s is likely much less than 15 or even five years earlier. If so, coverage amounts that are no longer necessary can be reduced or eliminated, with premium savings available for other saving and spending priorities. Because group term premiums become quite expensive at age 50 (and especially at age 55), any paring back of death benefit amounts should start here. However, level-premium term policy death benefits can also be reduced while what's still needed stays in force until the term ends.