Stocks had an impressive week yet again, as each of the domestic indexes reached record highs and gained at least 2%. The S&P 500 added 2.23%, the Dow increased 2.09%, and the NASDAQ grew 2.31%. International stocks in the MSCI EAFE joined the growth, adding 1.49%. 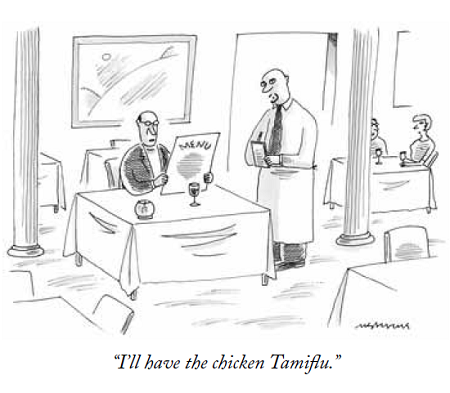 This year marks the 100th anniversary of the great influenza pandemic of 1918 (nicknamed the "Spanish Flu"). Between 50 and 100 million people are thought to have died, representing as much as 5 percent of the world's population.

With the funding discussion set aside for the next week or so, we believe 3 topics were of particular interest for the markets:

We are in the middle of the best corporate earnings season in 5 years. So far, 80% of S&P 500 companies that released 4th-quarter data have exceeded their earnings estimates - and 82% beat sales. In addition, the average earnings-per-share estimate for the 1st quarter of 2018 is also increasing.

Last week, many of the world's economic leaders gathered in Davos, Switzerland, for the World Economic Forum. Talk of "increased global growth momentum" contributed to a mood that many people described as more positive than in many years. The International Monetary Fund (IMF) Managing Director, Christine Lagarde, described the current economic situation as a "sweet spot." Many delegates echoed her enthusiasm, while others warned of becoming too elated.

During the meeting, the IMF released revised estimates for global growth, indicating that they expect the momentum to continue through at least 2019.

We received the initial reading for 4th quarter GDP, which showed that the U.S. economy grew by 2.6% between October and December. This increase fell short of analysts' expectations, but it still reveals healthy economic growth. In addition, when going beyond the headline, the data indicates that many key GDP contributors performed well.

In the 4th quarter, consumer spending, residential investment, and government purchases all helped to drive economic growth. Inventories and net exports pulled down the GDP increase. If you exclude these two contributors, the economy grew by 4.3%.

As we prepare for what 2018 has in store, we are happy that data continues to show a strengthening economy. However, we will work with the knowledge that risk exists in every market environment. Along the way, we are here to answer any questions and provide the insights you seek.

ACTIONS TO TAKE THIS FLU SEASON IF YOU ARE OVER 65

It has been recognized for many years that people 65 years and older are at greater risk of serious complications from the flu compared with young, healthy adults because human immune defenses become weaker with age. Below are several actions from the Centers for Disease Control and Prevention that you can take to protect yourself this season:

Get Your Flu Shot

The best way to prevent the flu is with a flu shot. CDC recommends that everyone 6 months of age and older get a seasonal flu vaccine each year by the end of October if possible. However, as long as flu viruses are circulating, vaccination should continue throughout flu season, even in January or later.Vaccination is especially important for people 65 years and older because they are at high risk for complications from flu. There are two vaccines designed specifically for people 65 and older, the "high dose vaccine" and the "adjuvanted flu vaccine". Both have been shown to reduce infections among those 65 and older when compared to a standard flu vaccine.

Note: People 65 years of age and older should not get the nasal spray flu vaccine (which is not recommended for use in any population for the 2016-17 season), the intradermal flu shot, or jet injector flu vaccine.

These habits include covering coughs, washing hands often, and avoiding people who are sick. Seek medical advice quickly if you develop flu symptoms to see whether you might need medical evaluation or treatment with antiviral drugs. The benefit is greatest if treatment is started within the first 2 days of illness.

According to the U.S. Department of Health and Human Services, almost 70% of 65-year-olds will need long-term care at some point in their lives. The average annual cost of a semiprivate nursing room home is $82,125.

There are several ways to fund Long Term Care (LTC) expenses, but the key is to have a plan so you are not taken by surprise when the need arises.

Investors should plan to have enough LTC funds available to cover those LTC expenses that couldn't reasonably be covered by regular retirement income. A gap will almost always exist for couples whose ongoing retirement income finds their withdrawal rate at the very top of what they and their financial planner consider safe and sustainable. This is because additional portfolio withdrawals to cover LTC expenses could compromise a surviving spouse's financial security from this point on. For couples in this situation, a policy where benefits can be shared between spouses can be an efficient solution.

Please let us know if you would like to discuss planning for Long Term Care expenses.