After months of relative calm, market fluctuations are causing many investors to wonder what is happening to the economy. Last week, the S&P 500 lost 5.16%, the Dow dropped 5.21%, and the NASDAQ declined 5.06%. The MSCI EAFE also gave back 6.19%. These losses pushed all four indexes into negative territory for the year. 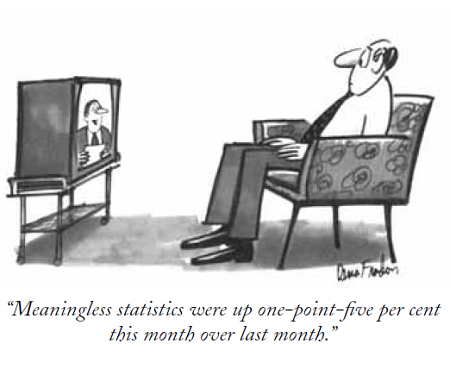 In the Middle Ages, young men and women drew names from a bowl to see who would be their Valentine. They would wear this name pinned onto their sleeves for one week for everyone to see. This was the origin of the expression "to wear your heart on your sleeve."

In addition to last week's losses, the weekly performance included significant volatility, as stocks had large fluctuations both within days and from one day to the next. The Dow, for example, lost over 1,000 points twice during the week - and also twice gained over 300 points.

During times like these, viewing events in their proper context is imperative. This week, we are going beyond our typical market update in an effort to provide you with clarity and perspective.

Our Analysis of the Recent Market Turbulence

The markets started 2018 with the wind in their sails, and investors watched as indexes continued their nearly straight-up trajectory from 2017. Then, after the S&P 500's best January performance since 1997, stocks took a dive at the beginning of February.

We understand how unnerving these fluctuations can feel - especially as headlines shout fear-inducing statistics. Our goal is to help you better understand where the markets stand today and how to apply this knowledge to your own financial life.

When markets post dramatic losses or whipsaw back and forth, many people wonder what causes the turbulence and may assume negative financial data is to blame. However, the recent selloff and volatility don't have the culprits you might expect.

No negative economic update or geopolitical drama emerged to spur the selloff. Instead, emotion-driven investing may have combined with computer-generated trading to fuel the decline. In particular, after the latest labor report showed wage growth picking up more than expected, some investors began to worry about increasing inflation. Higher wages can mean companies have to raise their prices to support their labor costs, a cycle that can cause inflation to grow.

While concerns about inflation and interest rates may be to blame for the market fluctuations, it may not be the only detail to focus on. Another key point is important to remember as an investor: Volatility is normal.

In August 2011, the S&P 500 lost 6.66% in one day. At that time, the European debt crisis was in full swing, the U.S. had lost its AAA credit rating, and the financial sector was reeling. Volatility measures indicated that many investors were becoming worried.

Facing that situation, impulses to leave the market and avoid further losses could have arisen. As is so often the case, however, staying invested paid off.

Knowing Where to Go From Here

Over short periods of time, the market trades on fear, anxiety, greed, and emotion. Over the long term, however, economic fundamentals drive the markets.

Thankfully, a variety of data indicates that the economy continues to grow:

As investors try to determine whether inflation is on the rise and higher interest rates are imminent, volatility could continue. After last year's smooth sailing in the markets, these fluctuations may feel harder to withstand. The reality is that equities don't move in a straight line.

Even if volatility is here to stay, we know that price changes can provide new market opportunities. We agree with the economists at First Trust who assert that, "More economic growth will ultimately be a tailwind for equities, not a headwind."

We encourage you to focus on your long-term goals, rather than short-term fluctuations. As you do, avoid allowing emotions to derail your plans. We also want you to feel comfortable in your financial journey. If your thoughts on risk have changed, call us so we can help you find the best path forward.

As always, we are here to provide you with clarity, perspective, and support during every market environment. Thank you for the confidence you place in our abilities. We consider it a privilege to be good stewards of the assets you entrust to our care.

BECOMING A 401(K) MILLIONAIRE DOESN'T MEAN YOU'RE READY FOR RETIREMENT

According to a recent survey by Fidelity Investments, which looked at more than 3,000 working households that have started saving for retirement, Americans' retirement savings are in the best shape they've been in more than a decade.

The number of Fidelity 401(k) savings accounts with a balance of $1 million or more jumped to 133,000 in the third quarter of 2017, up from just 89,000 a year earlier - and several 401(k) millionaires have taken to social media lately to post account statements proving their newly reached milestone.

The surging stock market, which has more than quadrupled since early 2009, has helped to increase the value of 401(k) and Individual Retirement Accounts, and savers are also setting more money aside for retirement. The typical savings rate is now 8.8%, more than double the 3.6% rate in 2006. That, though, is still less than the 15% of pay that Fidelity and other advisers suggest, including whatever contributions employers make through matching programs.

But, just because your account is climbing now, that's no reason to get complacent. Whatever you have in your 401(k), make sure you are properly allocated and diversified with domestic and global stocks and bonds and different asset classes. While getting to a million is great, you still need to think about your financial plan - including your life expectancy, spending level, family make up and debt level, among other factors.

SPEAK TO YOUR FAMILY ABOUT YOUR ESTATE

No matter how good we are as investors, savers, planners and personal financiers, other people are almost always affected by our decisions and actions, our successes and our failures. Quite often, the people most affected are those we care the most about. Our children and grandchildren, our spouses and partners, sometimes even our parents, all have an interest in our finances.

Often, people are uncomfortable talking about financial matters, even to relatives who have a legitimate right to know what's going on.

The topics are many:

How do you have a successful family financial meeting?

While there are no magic answers that make this easy, you can nudge the process toward success if you take the time to think carefully about what's most important to you. Most crucial family conversations, even when they seem to be about money, are really about values. This is good news, because, as it turns out, talking about "values" is much easier for many people than talking about money.

Though sometimes it can be tough, having conversations like these can be one of the greatest gifts you can give your loved ones.