Markets rebounded last week, posting sizable gains and moving back into positive territory for the year. All three domestic indexes experienced their largest weekly growth in years, despite losing some ground on Friday after news of additional indictments in the Russia investigation. 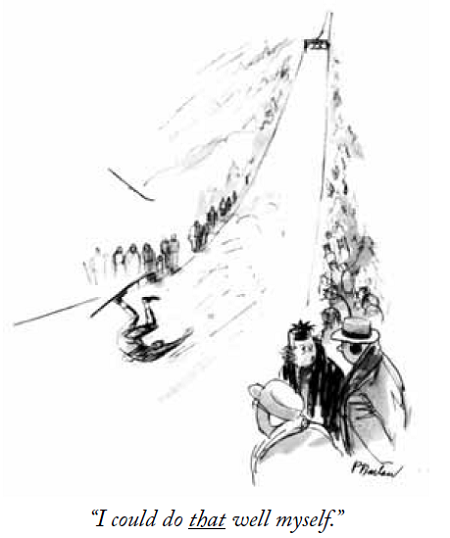 The country with the most Winter Olympics medals is Norway, a country of 5.233 million people and about 75,000 reindeer. Entering this year's games, Norway has won 329 Winter Olympics medals, with the U.S. in second, with 282. The amazing thing has been Norway's dominance in cross-country skiing, which accounts 107 of its medals. The U.S. has one in cross-country skiing.

This performance, however, did not come from simple, straightforward increases. Instead, the volatility from recent weeks continued. In fact, the S&P 500 lost or gained at least 1% on 8 of the past 10 trading days. The index only experienced 1% swings 8 times throughout all of 2017.

We received a wealth of data last week, and the readings helped deepen our understanding of the economy. The reports showed some mixed results, but much of the information continues to indicate that the economy is on solid ground.

Many reports show that the economy is strong, so watching for inflation will remain important as the markets keep moving. The combination of growing inflation and a strong labor market means the Fed is still likely to hike rates 3 times this year, with a 4th increase very possible.

Looking ahead, volatility may continue, so keep this on your radar. Investors caught between conflicting concerns about missing the bull market and losing money may contribute to ongoing uncertainty. Remember, stock fluctuations are normal. We are here to help you understand what's happening in the markets and how to position yourself for the financial life you desire.

If you were a kid or a parent in the '70s, you probably had a house full of Hot Wheels - the little die-cast cars with the thick plastic wheels that would zoom around their bright orange plastic tracks.

When Mattel introduced the cars at the New York Toy Fair in 1968, the company was hoping to have a hit to equal the star power of Barbie. Hot Wheels soon became one of the most popular toys in the world, with more than 6 billion sold in the past 50 years.

According to Mattel, the average kid in the U.S. owns 50 Hot Wheels cars, and 10 cars are sold every second. There are Hot Wheels Collectors Clubs around the country, an annual convention for collectors in Los Angeles, and a Hot Wheels live-action feature film reportedly in development.

Businesses will be impacted in a number of ways this year under the Tax Cuts and Jobs Act, which lowers individual and corporate tax rates, among other revisions.

If you are a current business owner, it is necessary to review entertainment expenses to determine whether or not it is in your best interests to continue spending.

Some businesses may stop wining and dining clients at sports games and concerts, and say goodbye to the two-martini lunch after 18 holes on the golf course. Even if you close a multi-million-dollar deal on a weekend ski trip, the expense would not be 50% deductible. Events won't count for a write-off unless attending the event has a direct business purpose.

Write-offs for business-related meals with clients haven't changed - they're still 50% deductible. That may mean more dinners, and fewer experiences, for clients. But businesses still need to be careful: Going to an extremely expensive restaurant with live music could, for instance, fall under entertainment.

Promotional events are still deductible as a marketing expense, so companies may start branding outings with more advertising to qualify for the deduction. The caveat: That business pitch needs to last the entire duration of the event, not just a few minutes.

Of course, some businesses will continue to attend events with their clients, if they think it will help them snag a deal.