Volatility continued last week as markets posted their 1st weekly loss in 3 weeks. Despite some recovery on Friday, the S&P 500 dropped 2.04%, the NASDAQ slipped 1.12%, and the Dow lost 3.05% for the week. Internationally, the MSCI EAFE fell 2.91%. 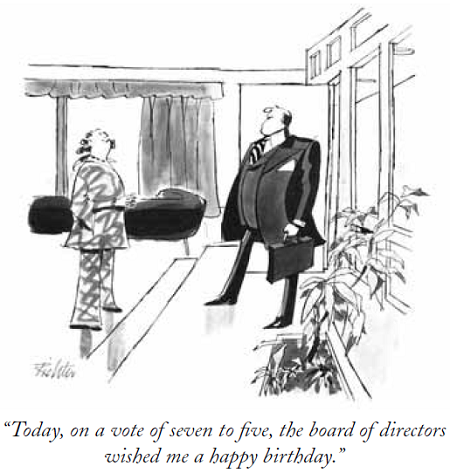 Prior to 150 B.C., March was the first month of the year! According to the oldest Roman calendars, one year was ten months long, beginning in March and ending in December. So, what about January and February? They were just two nameless months called "winter".

Last week's ups-and-downs began with continued questions over whether the Fed will raise interest rates. By the week's end, however, rumors of an international trade war dominated the attention of investors.

New Fed Chair Jerome Powell testified on Tuesday that inflation and a strong economy may lead to interest rate hikes sooner than expected. Whether the Fed will impose a 4th hike this year caused investor uncertainty and led to mid-week market drops. Powell noted, however, that increased market volatility will not influence the Fed's decisions regarding rate increases.

Investor attention shifted on Thursday as President Trump announced plans to impose a 25% tariff on steel and a 10% tariff on aluminum imports. While the move could protect American metal workers, some analysts worry it may also trigger a possible trade war.

Countries around the world reacted to the news, with some announcing their own plans for U.S. tariffs in response. Over the weekend, the President reacted by noting possible tariffs on imported autos, where the U.S. has a deficit. Some analysts worry this could further hurt an already negative trade gap in our Gross Domestic Product (GDP).

Despite the developments with tariffs and rising interest rates, we did receive encouraging economic reports:

Expect more market volatility going forward as investors follow the Fed's interest rate plans to keep potential inflation in check. The President has also promised to announce specific details concerning the proposed new tariffs this week. If you have questions concerning how these developing economic policies may impact your financial life, we are always here to help.

According to a new report by the Social Security Administration's (SSA) Office of Inspector General, an estimated 9,224 widows and widowers age 70 and older could have received an additional $131.8 million in Social Security benefits had they been told they could delay filing for retirement benefits until reaching age 70. The report also estimates that another 1,899 survivor beneficiaries younger than 70 will be underpaid by about $9.8 million annually, beginning in the year they turn 70.

The problem occurs during the original enrollment process to receive benefits. According to the report, SSA employees should do more to inform applicants for survivor benefits that they can put off the start of their retirement benefits and that it might be financially advantageous to do so.

For those eligible, Social Security retirement benefits increase about 8 percent annually every year they are delayed until age 70. But for those widows and widowers who are claiming survivor benefits, it usually makes financial sense to hold off claiming retirement benefits until full retirement age or older, particularly if the survivor's benefits are greater - advice the SSA failed to disclose to beneficiaries.

Please contact our office if you would like to review your Social Security options before your appointment to claim benefits.

The IRS is warning taxpayers of potential scammers posing as representatives of the taxing agency in person, on the phone, and by email.

Before opening the door, first read these 5 facts about how or when the IRS makes in-person contacts.

If you believe you've been visited by someone impersonating an IRS agent, visit IRS.gov for information about reporting the incident.