Markets were up on Friday, but domestic stocks lost ground for the week as political turmoil and potential trade wars weighed on investors' minds. The S&P 500 dropped 1.24%, the Dow gave back 1.54%, and the NASDAQ decreased 1.04%. International stocks in the MSCI EAFE barely avoided losses with a 0.13% gain. 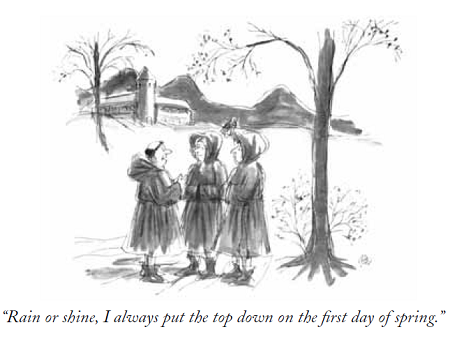 March 20th marks this year's Vernal Equinox. The sun shines directly on the equator, giving us a near 50-50 split of day and night.

Overall, we received a variety of mixed data last week:

But data reports were not the only detail worth noting last week. We also marked the 10-year anniversary of Bear Stearns' collapse.

For 85 years, Bear Stearns was a respected institution that became one of the world's largest investment banks. When the housing market crashed in 2007, the firm realized it had taken on far more risk than planned. As a result, the firm ran out of cash, and on March 16, 2008, JPMorgan bought the company for only $2 a share. In retrospect, Bear Stearns' collapse was the first real glimpse of the pending Great Recession.

Less than a year later, markets hit bottom on March 9, 2009. In the years since, stocks have corrected multiple times, losing over 10%. But, they have never lost 20% to push into a bear market - meaning we're in the midst of the 2nd-longest bull market since World War II.

Time can make some memories fade, but we doubt that anyone who experienced the Great Recession forgets how challenging and scary it felt.

Despite the market losses and economic turmoil, the Great Recession was also a powerful reminder of Warren Buffett's advice: "Be fearful when others are greedy and greedy when others are fearful."

While the markets seemed to be in a free-fall, allowing emotion to dictate investing choices was easy. But anyone who escaped the markets' bottom missed an incredible growth opportunity.

Nine years after the S&P 500 hit its low, the index was up 390% - and was 122% higher than its record close before the Great Recession began. So, while the collapse was painful, stocks weathered the storm, sailing far beyond where they were before. The economy is also in a very different place than it was a decade ago.

Where We Are Now

Of course, we recognize that the economy is not perfect and still has room to improve. But, we also want to remind you of how far we've all come since the Great Recession first began. If you'd like to take a closer look at your own progress or plans for the future, we are always here to talk.

Waking up on your special day to well-wishes from family, friends and Facebook is lovely. But what if you could get a few fun freebies as well? Below is a quick list of some of the most popular birthday bonuses that businesses often offer:

DETERMINE IF YOU ARE ON TRACK TO ACHIEVE YOUR GOALS

In a recent Financial Finesse study on the State of U.S. Employees' Retirement Preparedness, fifty-seven percent of employees at pre-retirement age, between 55 and 64, said they had not run a calculation to estimate whether or not they were on track to achieve their income goals in retirement. According to the study, after evaluating those who did not know if they are on track, participants received an average wellness score of only 4.7 out of 10.

Determining if you are currently on track to meet your goals is one of the first steps to developing a sound retirement plan. The sooner you take control of your financial situation, the greater your odds of a successful retirement. Please contact my office if you would like help evaluating your progress toward your financial goals.