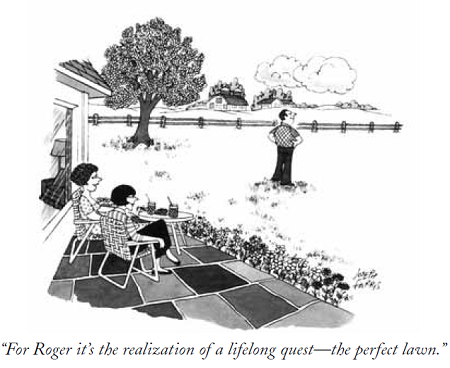 According to a survey by Northwestern University professor Paola Sapienza and University of Chicago professor Luigi Zingales, 100% of economic experts agreed that stock prices are hard to predict. Only 55% of average Americans felt the same way.

President Trump's decision on Tuesday to withdraw from the Iran nuclear deal helped push the energy sector higher. With the possibility of renewed sanctions on the horizon, the anticipation of a pullback from global oil supplies helped boost prices. Though oil prices fell from a 3½-year high on Friday, it was the 2nd week of growth, driving energy shares to rise 3.8%.

After the technology sector's months of stagnation - fueled in part by recent fears over privacy - it is now approaching all-time highs. Since April 25, the information technology sector has increased 9%. The movement is driving many investors to join the rally, while many analysts remain cautious. Overall, the growth contributed 3.5%.

This rally happened on the back of strong corporate earnings. Over 70% of total S&P 500 companies reported earnings growth that exceeded expectations. Last week's positive reports helped push the index past 50- and 100-day moving averages.

The Consumer Price Index (CPI), which measures the price of goods and services, rose only 0.2% for the month in April and 2.5% over the year. These reports both missed and met expectations, respectively. The tepid growth caused some investors to worry that the Federal reserve would raise interest rates more quickly, as the U.S. dollar fell and held below its 2018 high. Some analysts, however, believe that the missed expectations should ease the Fed's pressure to fast-track interest rates.

We will continue tracking geopolitical developments - from potential actions against Syria, tariffs on Iran, and preparations for President Trump's upcoming meeting with North Korea's Kim Jong-un. In addition, key discussions around the American Free Trade Act and trade relationships with China remain on the horizon. We also will gain our first insights on how well consumer spending performed in the 2nd quarter.

If you would like to discuss any developments or gain a clearer understanding of how these issues may affect your portfolio, contact us today. We are always here to help you make sense of your financial life and gain clarity for the road ahead.

Retirees today are living longer, healthier and wealthier lives than previous generations - but they also are watching substantially more television, according to new research.

Using data from the the U.S. Bureau of Labor Statistics, the Centers for Disease Control and Prevention, the Federal Reserve Board and other sources, money management firm United Income compiled a portrait of modern retirees. It offers mostly positive developments - some perhaps surprising - but also has some words of caution.

Among the study's findings:

In addition to living longer, 62 percent of today's retirees have no "physical or cognitive limitations." That is an increase of more than 25 percent since 1963, when recording of that data first began.

Financial insecurity among retirees "has broadly declined." That may be counterintuitive to modern concerns about retirement income, but the report notes the percentage of retirees living on the current minimum wage or less "dropped in half over the past 30 years," making up only about 12.5 percent of all retirees. "Similarly, the share of retirees living below the poverty line decreased by more than 10 percent during that same time period," the report states.

Retirees have increased their physical activity over past generations - but they watch a lot more TV. Viewing per day went up by more than 1.5 hours between 1975 and 2012, the report states. "To put this in perspective, for every 10 minutes of time added onto the life of a retiring 60-year-old, the share of time spent awake and in front of a TV every day increased by about one minute, compared to about a 20-second increase in the amount of time spent on exercise, outdoor activities, or sports," it said.

In its conclusion, the report said the lifestyle improvement data "indicate that more attention should be given to unlocking the tremendous civic potential of retirees through new incentives and policy." It suggested policymakers should look at ways to encourage volunteering, as well as tax changes that "could better incentivize in-life giving to address some of the more endemic, domestic challenges facing the country." Encouraging actions that would take advantage of the abilities of retirees might also reduce the growth in television-watching, the report noted.

While the new Tax Cuts and Jobs Act (TCJA) adversely shifts the playing field for home mortgage interest deductions, all is not necessarily lost. Many homeowners will be blissfully unaffected because "grandfather" provisions keep the prior-law rules in place for them.

That said, many homeowners will be adversely affected by the TCJA provision that for 2018-2025 generally disallows interest deductions for home equity loans. Once again, however, all is not necessarily lost. The little-known fact is that you can still deduct home equity loan interest in certain circumstances.

TCJA change for home acquisition debt
For 2018-2025, the TCJA generally allows you treat interest on up to $750,000 of home acquisition debt (incurred to buy or improve your first or second residence and secured by that residence) as deductible qualified residence interest. If you use married filing separate status, the debt limit is cut to $375,000.

TCJA change for home equity debt
For 2018-2025, the TCJA generally eliminates the prior-law provision that allowed you to claim itemized qualified residence interest deductions on up $100,000 of home equity debt ($50,000 for those who use married filing separate status). But if you spent the $100,000 of home equity loan proceeds to buy or improve your first or second home, you can treat the $100,000 home equity loan as additional home acquisition debt. If this is your situation, you can treat the interest on both loans as deductible qualified residence interest.

The bottom line the TCJA rules for deducting home mortgage interest can get complicated - but you may be able to continue deducting mortgage and home equity interest. Please speak to your tax advisor for personalized recommendations.