Major domestic indexes went down last week after all three gained more than 2% the previous week. The S&P 500 dropped 0.54%, the Dow gave back 0.47%, and the NASDAQ lost 0.66%. International stocks also stumbled; the MSCI EAFE decreased by 0.61%. 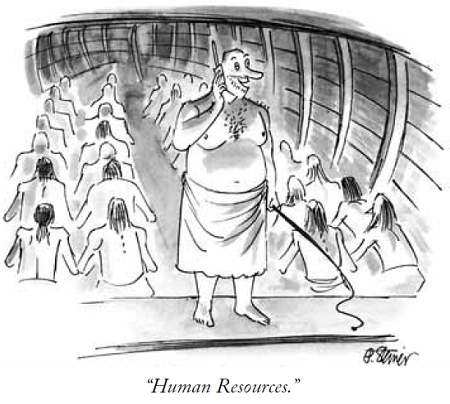 More than 50% of the people in the world have never made or received a telephone call.

Two familiar topics were on many investors' minds last week: trade and treasuries. Here is a recap of the key details and their market impacts.

Background:
Tension between the world's 2 largest economies continued last week as the U.S. and China launched another round of trade discussions. Both countries have threatened billions of dollars of tariffs on the other's products, but so far, neither has acted.

On Saturday, May 19, the countries released a joint statement saying they would take measures to "substantially reduce the United States' trade deficit in goods with China." The Chinese state media called the agreement a "win-win." Then on Sunday, May 20, U.S. Treasury Secretary Steven Mnuchin announced that they had "put the tariffs on hold." The weekend's developments imply both countries will continue working to close the trade deficit by increasing China's imports of U.S. agricultural commodities and energy.

Market Impact:
As the trade talks unfolded on Thursday and Friday, investors received very little information. This uncertainty affected investor sentiment and contributed to stocks ending lower on Friday. Now that the countries have shared some details about the negotiations, we will focus on how investors digest the news in next week's trading. Mnuchin's assertion that the trade war is on hold for now should be welcome news for investors.

Background:
The 10-year Treasury yield closed at 3% or higher every day last week. Early Friday, it reached its highest point in almost 7 years as data continued to demonstrate the labor market's strength. We learned last week that the number of people receiving jobless benefits is at its lowest since 1973. Unemployment is also currently at an almost 17-year low. The numbers suggest the economy is likely reaching full employment.

So, how does labor data affect Treasuries? Typically, employers have to pay higher wages when unemployment is low. As wages increase, other prices in the economy often rise, which can trigger inflation. This can cause Treasury prices to suffer as their fixed payments become less valuable, causing yields to rise.

Market Impact:
Treasury yields affect markets in a variety of ways. When they increase quickly, concerns can arise that the economy is accelerating too fast, which can cause the Federal Reserve to raise interest rates. In addition, for 10-year Treasuries, yields above 3% are a psychological benchmark. Some people believe stocks become less appealing when Treasuries can provide this level of income.

For now, we will continue to analyze whether yield increases are a sign of a strengthening economy or rising inflation rates.

We know that trade disputes and Treasury yields are complex, constantly changing topics. So, if you have questions about how these details affect your financial life, we are here to talk.

Estimates suggest that the 50+ marketplace may hold trillions of dollars of consumer spending power, dwarfing the buying power of any other consumer segment and every nation's GDP except for the United States and China. Despite this vast untapped market, success among businesses at unlocking this new longevity economy has thus far been limited.

According to MIT AgeLab Director Joe Coughlin, business is trapped in an outdated narrative of the lifestyles of people 50 and older. Firms across industries are bewitched by a storyline that describes older consumers as set in their ways, unlikely to try anything new, technologically inept, in poor health and, if given the chance, happy to withdraw from productive life.

There is another story. In an interview with AARP The Magazine, acclaimed star Jessica Lange spoke of her priorities in life at 68 years old. She says, "Now the only thing I care about is, 'Is it thrilling?' 'Am I doing something I haven't done before?'" Lange articulates both a new vision of the older consumer and a new challenge to business. When will companies realize that they have a license to thrill their older customers?

For those who are nearing the age of market invisibility - 50 - there is hope. Consider the Honda Element. With its boxy shape, wide doors and rubber floors, the Element was supposed to attract young guys with surfboards, bikes and dogs. But what Honda missed was the Element's attractiveness to older buyers - hobbyists, gardeners, and dog owners. The prime demographic for the dorm room on wheels was not 20-somethings, but buyers between 35 and 70 years old.

The sharing economy, commonly thought to be the dominion of Millennials, is a platform for a range of services that are profoundly ageless. They can be both a source of convenience and luxury as well as an invaluable tool for everyday living. Having meals delivered a la Instacart, transportation on demand via Lyft, and chores accomplished around the home by Taskrabbit are not only desirable services for busy younger consumers. They are also a way for older consumers to reduce the friction of daily life, and even for those 85 and older to retain independence within the home. Whether tech companies find a way to communicate to these older consumers is an open question.

Senior housing, for example, is about to undergo an extreme makeover. Singer Jimmy Buffett is laying the foundations for a $1.7 billion "Margaritaville" retirement-living development in Florida. If Buffett's new community has any relation to his brand of escapist hedonism, Margaritaville is not likely to offer bingo as an activity. Buffett's fans - known as Parrotheads - will not age quietly.

A new lifestyle is being invented by the wave of aging consumers. Businesses can let themselves be left behind, or they can work to develop innovative products, services and experiences that give shape to a new way of living in old age.

HAVE AN EMERGENCY FUND

Let's face it, life gets messy, whether it's the arrival of a large, unexpected medical bill, a temporary job loss, or your air conditioner suddenly quitting in the middle of a hot summer day. To cope with these situations, you should have three to six months of living expenses in cash set aside in a separate account rather than using your credit cards as a crutch.