And, the Bureau of Labor Statistics (BLS) said...

U.S. job growth surpassed expectations in October. About 271,000 jobs were created across diverse industries: professional and business services, health care, retail, construction, and others.  That was a significantly higher number than predicted by economists who participated in a survey conducted by The Wall Street Journal. They expected to see 183,000 new jobs for October.

The BLS revised August and September jobs numbers higher overall and reported improvement on the wage front, too. Average hourly earnings increased by nine cents during October. For the year, hourly earnings are up 2.5 percent. Rising wages and a 5 percent unemployment rate "appear to indicate the labor market has reached full employment," reported Barron's.

Strong employment data supports the idea the Fed will begin to lift the Fed funds rate this year. On Friday, former Chairman of the Federal Reserve Ben Bernanke wrote in his blog:

"Wednesday was something of a trifecta for Fed watchers: Chair Yellen, Board Vice-Chair Stanley Fischer, and Federal Reserve Bank of New York president Bill Dudley (who is also the vice chair of the Federal Open Market Committee) all made public appearances. Moreover, the comments by all three members of the Fed's leadership explicitly or implicitly supported the idea that a December rate increase by the FOMC is a distinct possibility. (The possibility of a rate increase is even more distinct with this morning's strong job market report.)"

Markets responded swiftly, according to The Wall Street Journal, as investors repositioned their portfolios in anticipation of a rate hike. While stock market indices remained relatively steady, there was considerable volatility within certain sectors. An expert cited by the publication commented:

"...one of the big rotation trades on Friday was investors taking money out of companies such as utilities and real-estate-investment trusts, and putting it into those that are expected to benefit from higher rates, such as financial companies."

IT WASN'T JUST ABOUT THE BUDGET. Last week, the bipartisan budget bill was signed into law, averting a U.S. default and deferring further battle over debt and spending levels until presidential and congressional elections are over, according to U.S. News & World Report.

The new law includes provisions that CBS Money Watch said are likely to strengthen Social Security and Medicare by improving the programs' finances. Since the provisions also have the potential to reduce benefits for some Americans, they may not prove to be all that popular. Here are two of the changes that affect Social Security benefits:

If you are currently employing these strategies, you are probably grandfathered. We'll know more when the Social Security Administration offers some insight as to how the new rules will be interpreted. That's expected to happen before the end of the year.

"The easiest thing to be in the world is you. The most difficult thing to be is what other people want you to be. Don't let them put you in that position."

Get into the Right Mindset

A common problem for many golfers is that while they've put in the hours of drills and perform well during practice sessions, they don't carry that out on to the course. One cause of their performance issues might be in not having the right mindset.

When practicing, you should have a training mindset that helps you note weaknesses, integrate drills, and make improvements to your game.

However, you shouldn't hold on to this training mindset when you're out on the course, Instead, you should relax and trust in the practice you've put in to be able to enjoy yourself. A playing mindset shouldn't be noisy with swing mechanics or focused on error. It should be open to the environment and focused on having a good time.

If you're struggling to get out of a training headspace, try making your practice sessions more like an actual golf game in that you play a variety of shots and work through different clubs. Add in a competitive element by challenging friends to games. Hopefully, you'll find your mind makes a more natural transition to a good playing mindset. 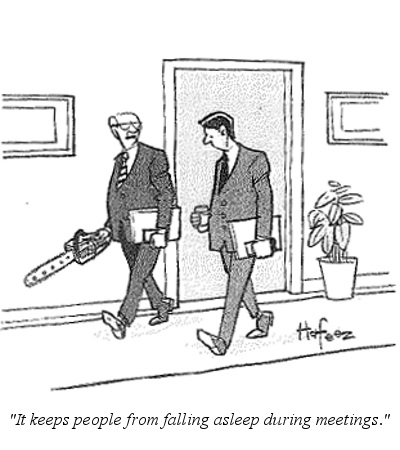