Last week, trade tensions with China lessened somewhat, while the 2nd quarter corporate earnings season started with mixed results. Against this backdrop, domestic stocks experienced sizable growth. By market's close on Friday, July 13, the S&P 500 was above 2,800 for the first time since February 1. Meanwhile, the Dow was above 25,000, and the NASDAQ had hit a new record. For the week, the S&P 500 gained 1.50%, the Dow added 2.30%, and the NASDAQ was up 1.79%. International stocks in the MSCI EAFE increased as well by 0.16%. 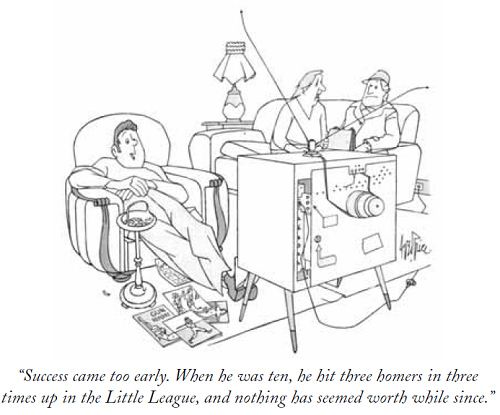 In 1938, Carl Stotz, a lumberyard clerk living in Williamsport, Pennsylvania, was playing catch with his nephews one day when he tripped over a lilac bush. His frustration quickly turned to inspiration when he decided to start a local league where kids could play organized baseball on a real baseball field. That summer, he set down the rules for Little League Baseball - including field dimensions that are still used today - and gathered enough kids and equipment for three teams to begin playing.

We are now two weeks into July, which means the 1st half of 2018 is behind us. As we analyze what may be ahead in the markets, we'll also strive to understand what has happened so far this year.

Domestic indexes had mixed results.
At the end of the 1st quarter, the NASDAQ was up by 2.3%, while both the S&P 500 and Dow were in negative territory for the year. Fast-forward to the 2nd quarter's end, and the Dow was still down with a 1.8% loss between January and June. During the same time period, the S&P 500 gained 1.7% and the NASDAQ added 8.8%.

Trade tension persisted.
Global trade was a major topic throughout the 2nd quarter. In April, the U.S. proposed $50 billion of tariffs on Chinese products - and China announced its own tariffs in response. The trade tension also extended to Canada, the EU, and Mexico as the U.S. added tariffs to steel and aluminum imports from these countries. While this situation attracted significant news coverage, investors were able to put much of their focus on economic details - such as corporate earnings - instead.

Interest rates rose.
In June, the Federal Reserve increased interest rates by 0.25%, which marks the 2nd rate hike so far this year. The Fed gave an optimistic view of the economy and said that two more increases could be ahead in 2018.

More 2nd-quarter data is still to come. Gross Domestic Product may have increased by as much as 5% annually between April and June. That growth rate would be over twice what we experienced in the 1st quarter. We are also at the very beginning of 2nd-quarter corporate earnings season, and analysts predict earnings growth of 20%.

Moving into the 3rd quarter, trade will likely continue to be a hot topic, but it's far from being the only detail worth following. As we gain more information about what happened in the 2nd quarter, we will combine those perspectives with the performance we're experiencing now. In the meantime, if you have any questions, we're here to talk.

COVER UP BEFORE HEADING OUT

Worried it might be a bad season for ticks (or mosquitoes or fleas) in your neck of the woods? Stay concerned. Diseases from these three pests have tripled in the U.S., the Centers for Disease Control and Prevention (CDC) recently announced, amounting to 640,000 illnesses between 2004 and 2016.

What's more, nine new germs spread by mosquitoes and ticks were discovered or introduced into the United States during the 12-year span covered in the CDC's report.

The most common mosquito-borne viruses, according to the report, were West Nile, dengue and Zika. Mosquito-borne dengue, chikungunya and Zika viruses were almost exclusively transmitted in Puerto Rico, American Samoa and the U.S. Virgin Islands. West Nile was widely distributed in the continental United States, and older people are at higher risk for developing severe forms of the virus.

The agency offered several tips for protecting yourself:

You should consider including the following in your retirement plan:

An income strategy that will reliably cover your expenses for the rest of your life. This, of course, means knowing what your expenses are. But it's also about maximizing your Social Security benefits, having a plan for inflation, knowing how a surviving spouse will adjust to any changes in income and expenses; and helping protect your assets against longevity risk, as retirement can now last 30 years or longer.

A financial strategy that will help protect and preserve the assets you don't draw from month to month. This includes assessing (or reassessing) your risk tolerance; looking at how you can minimize fees within your portfolio; understanding volatility and how it can hurt your portfolio, especially in the years just before and after you retire; and looking at ways to reduce risk while still working toward your goals.

A tax strategy that helps you morally, legally and ethically disinherit the IRS and keep more money for your family. Whether your tax rates go up, down or stay the same in the future, you'll need a plan. This means assessing the taxable nature of your current holdings (pretax vs. after-tax, for example) and the order in which you'll withdraw from different types of accounts.

A health care strategy that addresses rising medical costs and looks at long-term care options in case of a chronic illness.

A legacy strategy that ensures your money gets to your beneficiaries in the most tax-efficient way and your estate doesn't end up in probate. Working with estate and tax attorneys, you may wish to set up a trust or other protections to prevent your IRA from becoming fully taxable to your beneficiaries upon your death.