Markets experienced a push-and-pull last week between data indicating strong economic growth and lagging performance from several tech stocks' earnings reports. Domestic indexes had mixed results, as the S&P 500 gained 0.61%, the Dow was up 1.57%, and the NASDAQ dropped 1.06%. International stocks in the MSCI EAFE had more of an uptick, gaining 1.32% for the week. 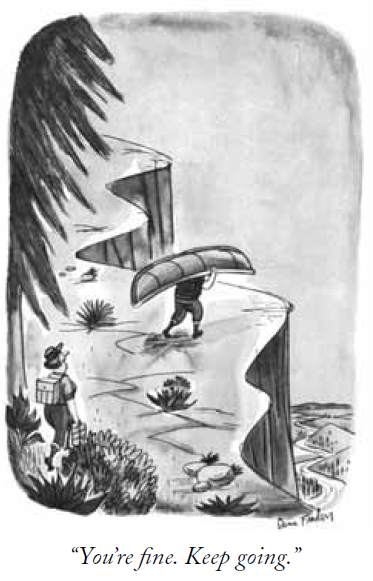 The "dog days of summer" refer to the weeks between July 3 and August 11 and are named after the Dog Star (Sirius) in the Canis Major constellation. The ancient Greeks blamed Sirius for the hot temperatures, drought, discomfort, and sickness that occurred during the summer.

On Friday, July 27, we received the initial reading of 2nd quarter Gross Domestic Product (GDP). The report indicated that the economy grew at a 4.1% annual rate between April and June. This reading was the fastest pace in almost 4 years and significantly higher than 1st quarter growth. Markets, however, had a relatively mild reaction to the GDP data due to rumors predicting even higher results.

Let's dig beyond the headline GDP growth number to see what else it tells us about our current economic circumstances.

The tax cut helped drive growth.
The recent $1.5 trillion tax cut contributed to the latest GDP performance. Both consumers and businesses spent more in the 2nd quarter. Some economists believe this result will not last; without further tax cuts, consumers and companies won't have additional funds at their disposal.

Trade tension affected GDP.
This year's ongoing trade drama impacted the economy during the 2nd quarter, but perhaps not the way you might expect. Many soybean farmers tried to get ahead of coming tariffs by shipping their crops to China earlier than normal. This move helped GDP increase between April and June.

Inflation slowed.
When examining inflation, the Fed uses the personal consumption expenditures (PCE) without food and energy, also known as the core PCE. The 2nd quarter reading was 2%, down from 2.2%. Between healthy economic growth and solid inflation numbers, the Fed is likely still on track for two more rate hikes in 2018.

Seeing strong growth this late in an economic expansion is good news. However, now we will have to see whether the growth can continue at this rate. When discussing the GDP readings, President Trump predicted even better results in future quarters. Some economists, on the other hand, believe trade wars and consumer spending could provide headwinds.

We can't predict the future, but we do know that economic fundamentals continue to be strong. This week, we will receive a number of new readings - from manufacturing to employment to motor vehicle sales - and earnings season will roll on.

If you would like to discuss any of these details and how they may impact you, we're ready to help.

If you like camping but hate pitching a tent, you'll love glamour camping, better known as glamping. Think of it as Pottery Barn meets Field & Stream: It mixes outdoor serenity with indoor comforts, from soft beds to plush chairs, whether in a cabin, tent or yurt. It's a wilderness win-win - though it can be pricey (and, alas, there will still be bugs). Some glamping sites resemble luxury condos, with costs ranging from hundreds of dollars to more than $1,000 a night. (A three-bedroom "tent" at The Resort at Paws Up in Montana can cost $1,670 per person, per night - though it does include a butler and chef.) To find more reasonably priced options, try sites such as Hipcamp, Glamping Hub and Glamping.com.

Some glamping options around the country where you can spend less than $199 a night:

3. Canon City, Colorado
Royal Gorge Cabins campsite offers 14-by-16-foot tents, each with double French doors, a private porch, a swamp cooler (a kind of air-conditioner) for warm days, and a fire ready to light in the fire pit. Prices start at $179 per night. (You can also spring for an in-tent massage from a licensed massage therapist.) The campsite is 4.8 miles from Royal Gorge park.

Qualified Charitable Distributions are a tax planning strategy for donors giving anywhere from $100 to $100,000. The big changes in the tax cuts bill make it even more relevant as millions of Americans will take the increased standard deduction and lose the incentive to itemize their taxes, including charitable deductions.

Here's how it works. Once you turn 70.5, you must start taking "required minimum distributions" out of your traditional Individual Retirement Accounts. Normally, these distributions count as taxable income to you. But also, beginning at 70.5, you can make gifts directly from your IRA to any public charity. These "charitable rollovers" count as part of your required minimum distribution, but aren't taxable income to you. That's a big benefit, particularly if, like most seniors, you don't itemize deductions on your individual tax returns.

If you don't itemize deductions, the rollover is a clear tax win. Even if you do itemize, it can save you more tax than taking the IRA distribution into income and then donating it. By lowering your AGI, the charitable rollover may keep other income from being subject to the 3.8% net investment income tax, for example. Another benefit: it can keep high-income premium surcharges for Medicare at bay.

Warning: The check from your IRA must be made out to a charity - not to you.