Domestic markets ended last week in positive territory, as the S&P gained 0.76%, the Dow was up 0.05%, and the NASDAQ increased 0.96%. This performance marked the 5th week in a row that the S&P 500 and Dow posted gains. Meanwhile, international stocks in the MSCI EAFE stumbled, losing 1.47% for the week. 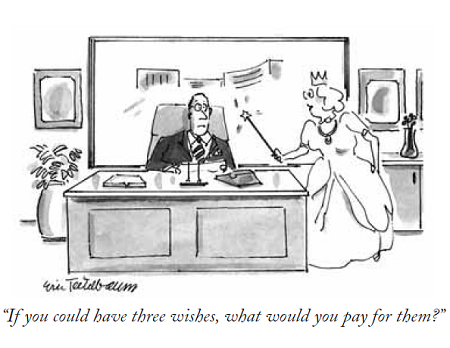 In 1981, Poncho "Bopsy" Salazar became the first child granted a wish under the Make-A-Wish banner. The Foundation arranged for Salazar to hop on a fire truck, visit Disneyland, and take a ride in a hot air balloon. The story received national coverage and led to a number of chapters opening up around the country.

Once again, trade and corporate earnings were in the news last week. We learned that the U.S. is considering increasing tariffs on $200 billion of Chinese imports. In response, China announced their own tariffs ranging from 5% - 25% on $60 billion of U.S. products.

Corporate earnings season also continued, and so far, more than 78% of S&P 500 companies have beaten estimates. If the trend holds, the 2nd quarter will likely average more than 20% growth in earnings per share. Companies have also detailed positive perspectives for the rest of 2018, showing that this strong corporate performance should continue.

Of course, last week's trade and earnings weren't the only topics on investors' minds. We also received a number of data reports that shaped our understanding of the economy's health.

Consumers are earning and spending more.
The latest data for personal consumption and personal income revealed both measures increased by 0.4% in June. In addition, the report included revised data from 2013 - 2017, which indicated that people earned $1.05 trillion more during that time period than initially thought.

Tariff concerns are affecting manufacturing.
The manufacturing sector continues to expand at a faster rate than in 2017, but the pace of growth slowed more than anticipated in July. Respondents to the ISM Manufacturing Index survey shared concerns about tariffs, steel and aluminum disruptions, and transportation challenges.

The Federal Reserve is on track for a September rate hike.
The Fed didn't raise rates this month, but projections show a 93.6% chance that it will do so in September. The latest jobs report detailed steady wage increases, which helped ease Fed concerns about inflation.

This week is relatively light on economic data, but we will continue to analyze last week's reports and the remaining corporate earnings releases. If you have any questions about where the economy is today or what may lie ahead, we're here to talk.

Americans are grateful for the sacrifices made by those who serve in the U.S. armed forces. Sadly, some con artists prey on that gratitude, using lies and deception to line their own pockets. In the process, they harm not only well-meaning donors, but also the legitimate charities that actually do great work on behalf of veterans and service members.

Older Americans can be especially appealing targets to phony veterans charities. We know older adults are very generous, and some scammers are now targeting older consumers.

One of the tips offered to consumers is to remember, when they are asked for donations, to simply hold off on giving until they have time to think and do some research.

The vast majority of charitable organizations do good and important work, but here is a list of charities to watch out for that have been sued for lying to donors in the past:

A donor-advised fund is a giving vehicle established at a public charity created to manage donations on behalf of the donors. It allows donors to make a charitable contribution to the fund, get a tax benefit immediately and then recommend endowments from the fund over time. The money put into the fund can then be invested and grow tax free. A better way to think about a donor-advised fund is like a charitable savings account: a donor contributes to the fund as frequently as they like and then recommends grants to their favorite charity when they are ready.

Here are some quick facts about Donor Advised Funds: