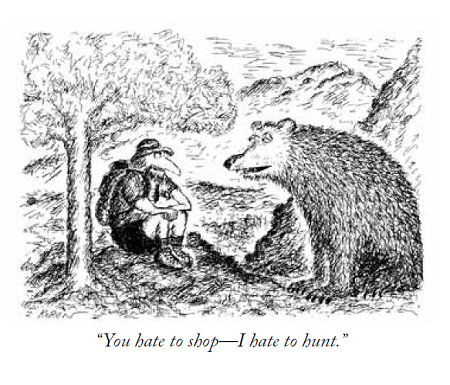 In the late summer and early fall, grizzly bears enter hyperphagia, a period of 2-4 months when they intensify their calorie intake to put on weight for winter denning. During this time period they can gain more than three pounds a day!

Trade continued to dominate the news last week and cause market volatility as investors monitored discussions of the North American Free Trade Agreement (NAFTA) and tension with China. While Mexico and the U.S. reached a new trade deal early in the week, talks with Canada stalled on Friday, August 31. Reports also came out that President Trump may be adding tariffs on another $200 billion in Chinese goods.

Although trade might have dominated headlines, last week provided a number of informative economic updates, including:

Personal incomes grew in July.
The 0.3% increase fell slightly short of the projected growth but is still up 4.7% since this time last year. Combined with growth in personal consumption, this data indicates that consumers had a solid start to the 3rd quarter of 2018.

Gross Domestic Product (GDP) was higher than initially thought.
The 2nd reading of GDP expansion between April and June was 4.2%, higher than the initial reading and still the fastest economic expansion since 2014. Economists don't believe this pace is sustainable, however, as rising interest rates, ongoing trade tension, and fading tax-cut benefits could slow growth later in the year.

This week's performance and reports once again underscore a message we have frequently shared with you: Instead of focusing on the headlines, pay attention to the fundamentals for a clearer understanding of the economy. If you have questions about how this data affects your financial life, we're here to talk.

Long-Term Caregivers are often times overlooked and it is a financial and emotional burden. A national study was conducted by the National Opinion Research Center (NORC) on those Americans providing care to loved ones. About 60% are caring for a parent (or both), 20% for a spouse and other 20% for an extended relative or a close friend.

In terms of the type of care they are giving, it ranges from basic cooking, bathing and helping someone get dressed all the way to clinical needs like glucose testing, using an IV, or using a feeding tube. Despite this wide range of needs, only 30% of respondents said they had some type of training. Most are self-taught and learning on the job.

The study also found that roughly two out of three caregivers were providing this care while they were also working. Many had to take time off work through vacation, personal days or a leave of absence. Of these people, a third felt a financial struggle with job security and unreimbursed expenses along with the emotional struggle of stress and depression. They also experienced repercussions in terms of missed opportunities and advancement because of the work life balance with caregiving.

However, there are many that saw it as worthwhile even though it is financially and emotionally stressful, not to mention time consuming.

There are also support networks and State reimbursement programs for those struggling with the caregiving burden of a loved one in need.

WHY USE A LIVING TRUST

A living trust is a legal document in which assets are placed into for your benefit during your lifetime and then distributed to designated entities upon death. The "successor trustee" is the person you assign to ensure assets placed into the trust distribute to the right places upon your death.

There are many benefits to having a living trust. Living trusts avoid the probate process, which can take months to even years until your assets are distributed to heirs. Living Trusts also have a better chance of holding up in the event someone contests the distribution of assets. Another benefit of a living trust is that it provides privacy with regards to how you want the assets distributed. A will, on the other hand, is not a private document and will be on public record so anyone can see it.

While a living trust makes sense for some, wills will be just fine for others. You should consult your estate planning attorney to seek out the right options for you.