Attacks on Paris by the Islamic State were an appalling exclamation point at the end of a difficult week for stock markets.

World stock markets tumbled as investors braced for a possible rate hike by the Federal Reserve in December. Many national indices across the United States, Europe, and Asia experienced downturns of more than 2 percent. The Dow Jones Industrial Average lost 3.7 percent and the Standard & Poor's 500 Index gave back 3.6 percent. The exception was Japan's Nikkei 225, which gained 1.7 percent, largely because its weakening currency benefitted Japanese exporters.

The chances are pretty good the Federal Reserve will lift rates during December. A Reuters' poll of 80 economists asserted there is "a 70 percent median chance the U.S. central bank would raise its short-term lending rate at its final meeting of the year..." A survey taken by The Wall Street Journal found 92 percent of academic and business economists expect Fed liftoff in December.

Even if the Fed does raise rates, it's important to remember that market forces determine interest rate levels. Raising the Fed funds rate is the Fed's way of encouraging higher interest rates and tighter monetary policy, but it may not have the intended affect. Crain's Chicago Business reported, "The Fed is moving into uncharted territory. It has never tried to raise the federal funds rate - that is, make money harder to get - when the banking system was flush with $2.5 trillion of excess reserves, as it is now."

In the U.S., investors digested weaker-than-expected retail sales data. U.S. retail sales remained in positive territory in October (up 0.1 percent); however, economists were anticipating an increase of 0.3 percent. Regardless of the discrepancy, there are signs consumer spending will remain steady through the last quarter, according to Reuters. As a result, retail sales data are unlikely to affect decisions being made by the Federal Reserve.

It's likely markets will continue to rumble and roil next week as the world processes the horrific Islamic State strikes in Paris, in Lebanon, and against Russia.

WHAT WILL HAPPEN after the federal reserve begins to raise rates? If the Fed's efforts to raise interest rates are successful, what will happen next? It all depends on whom you ask:

Dr. David P. Kelly, CFA, Managing Director Chief Global Strategist, JPMorgan: "Looking back at prior Fed rate hikes suggests that at first, investors have a tough time stomaching the idea of higher yields. However, as it becomes increasingly apparent that the Fed is hiking rates for all of the right reasons, markets re-price in line with their underlying fundamentals. For that reason, it is important for investors to prepare for a likely uptick in volatility around Fed liftoff."

Robert C. Doll, CFA, Chief Equity Strategist, Nuveen: "First, higher rates would likely trigger higher bond yields, which would be a negative for Treasuries. Additionally, an increase would likely put upward pressure on the U.S. dollar. A strong dollar is usually a negative for oil prices... Finally, we think the combination of higher rates and a stronger dollar could hurt U.S. companies that do most of their business overseas."

The Financial Times: "Almost every asset class on the planet exhibits some evidence of frothiness these days, but some seem more vulnerable to higher interest rates. Although stocks look expensive, higher interest rates indicates that economic growth is firm, and that is good for listed companies. Gold typically loses its shine when interest rates climb, as the metal doesn't pay any interest like a bank account will, but has already been beaten up heavily recently. The bond market looks more exposed."

The Fed is expected to raise rates slowly and cautiously. We won't know when rates will increase or by how much until the next Federal Open Market Committee meeting. That meeting takes place on December 15, 2015.

"Terrorism [takes] us back to ages we thought were long gone if we allow it a free hand to corrupt democratic societies and destroy the basic rules of international life."

When lining up a shot, you know that there's a target line drawn between the target and your ball. However, you don't stand directly in the target line. Instead, a right-handed golfer stands just to the left of the line while a left-handed golfer stands to the right of it. A common mistake that many amateurs make is to align their shoulders and bodies with the actual target, creating an awkward shot that may prevent you from swinging freely.

To compensate and make sure that you're aligned correctly for your shot, you need to pick an alternate target to the left (for right-handed golfers) or to the right (for left-handed golfers) of the actual target. Use this second target to align your shoulders, feet, and body parallel to your new target line. If necessary, lay down a second club that points to the second target and gives you a visible cue to align your body. 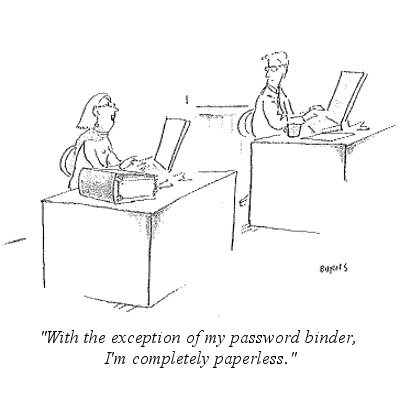