Last week, the East Coast prepared for Hurricane Florence, which roared through the Carolinas and Georgia. As investors kept their eyes on the weather and its potential for destruction, estimates emerged of up to $27 billion in hurricane damage. This potential for damage contributed to insurance companies in the S&P 500 declining last week. While the hurricane likely won't have a large effect on our economy, its destruction could influence data for months to come. 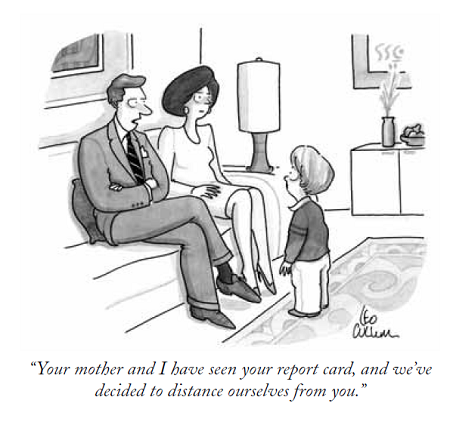 In 2017, over 140 million hours were spent by identity theft victims trying to solve their issues.

Last week brought another milestone in our economy: the 10th anniversary of Lehman Brothers' bankruptcy.

For 158 years, the Wall Street firm weathered the markets' changes. By 2008, however, various challenges, including excessive risk taking, led to its demise. The firm's unexpected bankruptcy announcement shocked investors and triggered market panic, leading what was a simmering financial crisis to become the Great Recession. A decade later, the markets are on more solid ground, and banks hold more capital and have stronger regulation. While some experts warn of a potential looming recession, current market performance and economic data indicate just how far we've come.

Let's examine last week's data to understand examples of where we are today:

In addition, we received the following updates, which support a picture of a more robust economy:

These data reports may not show blockbuster growth, but together they indicate our economy is doing well. In fact, they were strong enough to lead many economists and analysts to increase their projections of how fast the economy expanded during the 3rd quarter.

Looking back, the markets have come far from where they were 10 years ago. But risks will always remain, as Hurricane Florence and Lehman Brothers remind us. Today and in the future, we are here to help you understand where you are and plan for whatever may lie ahead.

Many Americans fail to take even the most basic steps to protect their digital identity, from monitoring their banking accounts online to varying their passwords to setting up a security freeze on their credit reports, according to a new AARP survey.

"Our survey results indicate that a lot of people may feel overwhelmed, and have just given up," says AARP's lead fraud researcher and the report's coauthor, Doug Shadel. "Two-thirds of those surveyed said that given the number of data breaches that have occurred, they think it is inevitable that criminals will be able to exploit their credit at some point. But we are emphasizing that there are powerful things you can do to make sure that stolen data can't be used against you."

One area where older adults are more vigilant than younger adults is in the use of passwords. Security experts advise using unique passwords for each individual account, but the survey reveals that this is not a typical practice.

It is important to always stay up to date with your online passwords and to maintain a vast mix between all online accounts. However, be sure to keep track of these passwords somewhere off the web and on a secure device.

USE A DEFINED BENEFIT PLAN

A defined benefit plan looks a lot like a traditional pension plan where a team of investing professionals do all the work for you. Employers contribute to the plan and employees have no input in the investing choices. It is a great choice if your a small business owner looking to put away a significant amount of money for retirement. Here are some pros and cons of a defined benefit plan:

Pros of a Defined Benefit Plan:

Cons of a Defined Benefit Plan:

Bottom line: This plan is great for solo self-employed workers who have high, stable incomes and want to put a lot away for retirement. Please contact us if you are interested in learning more about a Defined Benefit Plan and if it is right for you.