Last week brought new tariffs and data, and another look at changes coming to equity classifications. Overall, the S&P 500 gained 0.85% and the Dow was up 2.25%, while the NASDAQ dropped 0.29%. International stocks in the MSCI EAFE had sizable growth, posting a 2.89% increase. 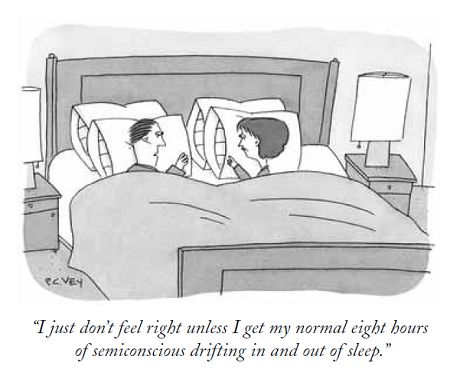 Within 5 minutes of waking up, 50% of your dream is forgotten. After an additional 5 minutes, 90% of recollection is gone. Sigmund Freud believed this was because dreams represent our repressed thoughts and so our brain wants to get rid of them quickly. However, it's much more likely due to our brains simply being used much more as soon as we're awake and so we forget much of what we've dreamed about.

A Look Back: Last Week's Tariffs and Mixed Housing Data

For months, fears of a global trade war have dominated headlines. Last week, China and the U.S. launched new tariffs on each other's products, but the latest round of this trade skirmish had an interesting effect. Rather than feeling concerned, both analysts and investors interpreted the tariffs to be lower than what they expected. As concerns about the global trade war calmed, both the S&P 500 and Dow reached new record highs.

In addition, we received some important economic information last week, including key updates on the housing industry. While the economy and markets are performing well, recent data indicates that the housing market isn't keeping up. The data revealed:

Since 1999, the GICS has been classifying stocks based on their sectors and industries, including most of the world's equities.

As of Monday, the S&P 500 has adjusted its sectors to change telecom into communications services and moved several big stocks into new classifications. This move is the largest GICS change since 1999 and is partly an attempt to reduce tech stocks' weight in the markets. As technology companies have grown in the past few years, they have come to represent 26% of the S&P 500. Some experts believe that is an unbalanced level and allows tech to have too much influence on the markets.

The GICS reclassification affects many notable companies, including Facebook, Netflix, Alphabet, and Twitter. They all now join the new communications services sector. This sector name change may not actually alter the sway that technology companies have on the markets, but it will likely have other effects on investors. In the near term, volatility may increase as stocks move to new industries and fund managers adjust their holdings.

Many factors determine the reclassification's specific effects on individual investors, so if you have questions about your portfolio, please let us know. We want to ensure you understand what you hold - and why - and how we are helping you adapt to both short- and long-term changes. If you would like guidance on any of the details we've shared today, we are always ready to help.

TAI CHI EXERCISE FOR ALL AGES

Tai chi moves can be easily learned and executed by people of all ages and states of health, even elderly people in wheelchairs. Originating in ancient China, tai chi is one of the most effective exercises for health of mind and body. Although an art with great depth of knowledge and skill, it can be easy to learn and soon delivers its health benefits. For many, it continues as a lifetime journey.

Here are some of the benefits of tai chi:

Guidelines from the American College of Sports Medicine and the American Heart Association recommend that sedentary older adults begin with balance, flexibility and strength training exercises before launching into moderate to vigorous physical activity. Tai chi is ideal for getting people ready for more demanding action.

One of the most significant changes of the Tax Cuts and Jobs Act of 2017 will be that many fewer taxpayers will benefit from itemized deductions going forward, as the new, higher standard deduction amount of $12,000 for single filers and $24,000 for married couples filing jointly will make itemizing less attractive.

Your previous year's tax return offers valuable intelligence about your investment and financial life. Rather than focusing just on the bottom line of your tax return, it pays to take a closer look at what's actually on those forms. Here are just a few of the key items to focus on.

Line 6 of Your 1040: Exemptions
The new tax laws repeal personal exemptions, which in the past effectively reduced income for each person on a tax return--the taxpayer and his or her dependents.

Lines 5-9 of Schedule A (Itemized Deductions): Taxes You Paid
One of the biggest changes to itemized deductions is that the deductibility of state and local income and property taxes will be capped at $10,000 in total. That cap is one of the major reasons that many fewer taxpayers will benefit from itemizing their deductions.

Lines 10-15 of Schedule A (Itemized Deductions): Interest You Paid
In another blow to homeowners, the new tax laws put in place more stringent guidelines around the deductibility of home mortgage interest and home equity loan interest.

There are many more changes that will impact your taxes moving forward. You should consult your tax advisor to ensure you're taking the proper measures to adjust with these new tax laws.