Friday, September 28, was the last trading day in 2018's 3rd quarter, and the S&P 500 posted its strongest quarterly return in nearly 5 years. The Dow also showed impressive returns by beating expectations for the quarter, while the NASDAQ notched record highs against 2017 numbers. For the quarter, the S&P jumped 7.2%, the Dow increased 9.3%, and the NASDAQ moved up 7.1%. 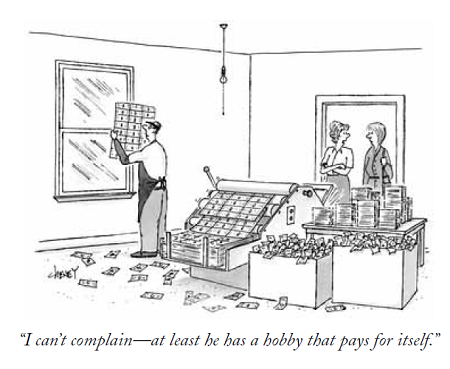 Arts and Crafts activities can be especially helpful for older adults. Research has shown that several leisure activities, including crafting, can reduce your chances of developing mild cognitive impairment by 30-50%. This means you're at a lesser risk of developing Alzheimer's or another form of dementia. Time to break out the scrapbook!

As we learn more about the 3rd quarter, some details from last week offer perspectives on where we stand today.

What We Learned About the 3rd Quarter Last Week

A few early reports have given us a sense of positive trends in consumer activity during the 3rd quarter:

Although corporate earnings in the 1st and 2nd quarters rose roughly 25%, 3rd quarter corporate earnings may miss that mark. Of the 98 companies in the S&P 500 that have released earnings outlooks, 74 predicted that earnings will fall below expectations from Wall Street. This ratio is the worst since the earnings recession of 1st quarter 2016. Even with the softer outlook, analysts still expect the S&P 500 to post numbers that indicate a growing economy.

Core capital goods (not including aircrafts) dropped 0.5% in August after July's negative performance - as demand for computers, electronic products, and motor vehicles waned. The shift prompted some analysts to revise their 3rd quarter GDP predictions downward. Yet, with a bump in wholesale and retail inventories, overall 3rd quarter growth remains in positive territory. The Atlanta Federal Reserve now predicts growth to be 3.8%, revised from an earlier prediction of 4.4%.

The early effects of tariffs seem to have surfaced, as exports are now trending negatively. On September 27, the International Trade in Goods report posted numbers that may predict slower 3rd quarter growth:

If this trend involving exports and imports continues, the U.S. dollar may take a hit. Meanwhile, on September 24, President Trump added tariffs on $200 billion worth of Chinese goods, and China responded with its own tariffs on $60 billion of U.S. products. Though negotiations between the two countries have stalled, we will monitor the situation.

The Federal Reserve remained optimistic last week about the economy, raising the interest rate from 2% to 2.25%. The 3rd increase this year is no surprise but does suggest confidence in a growing economy and low unemployment numbers, and that a 4th quarter hike is highly probable.

With new data coming in, we'll deepen our understanding of the economy's performance in the 3rd quarter. If you have questions about how this may affect you or your financial life, contact us today; we're ready and happy to help.

NEW MEDICARE CARDS AND WHAT YOU NEED TO KNOW

As people across the country receive new, safer Medicare cards in the mail, advocates are warning about fraudulent callers who try to dupe people into paying money or divulging personal information.

The government is gradually replacing Medicare cards for the 60 million people covered by the federal health plan. Previously, the cards used the recipient's Social Security number as his or her Medicare number, which posed a risk of identity theft. Congress mandated a change in 2015.

The new cards use an 11-character Medicare identifier that contains both numbers and letters, according to the Center for Medicare and Medicaid Services, the agency that runs Medicare.

While the cards are safer, criminals are always alert to new ways of scamming people, said Amy Nofziger, a fraud expert with AARP. Recent calls to the group's fraud help line indicate that some people have received calls asking for a fee in order to deliver a new Medicare card, or asking for personal information before a new card can be issued.

According to the Center for Medicare and Medicaid Services, "Medicare will never call you uninvited and ask you to give us personal or private information to get your new Medicare Number and card."

Suspicious calls can be reported by calling 1 - 800 - MEDICARE, the agency said. Consumers can also call their local Senior Medicare Patrol, a federally funded service for people on Medicare and their families.

USING A "CRT" FOR YOUR CHARITABLE WISHES

A charitable remainder trust (CRT) is an irrevocable trust that generates a potential income stream for you, as the donor to the CRT, or other beneficiaries, with the remainder of the donated assets going to your favorite charity or charities. Charitable trusts can offer flexibility and some control over your intended charitable beneficiaries as well as lifetime income.

Here are some of the benefits of a CRT:

Preserve the value of highly appreciated assets: For those with significantly long-term appreciated assets, including non-income-producing property, a CRT allows you to contribute that property to the trust and when the trust sells it is exempt from tax.

Income tax deductions: With a CRT, you have the potential to take a partial income tax charitable deduction when you fund the trust, which is based on a calculation on the remainder distribution to the charitable beneficiary.

Tax exempt: The CRT's investment income is exempt from tax. You may consider donating low-basis assets to the trust so that when sold, no income tax is generated to you and you eliminate the capital gains tax on the sale of the asset. However, the named income beneficiary will pay income tax on the income stream received.

You should always consult an estate and tax planning professional if you think a charitable remainder trust (CRT) is right for you.