All three indexes are down significantly for the month, and both the S&P 500 and Dow have entered negative territory for 2018. International stocks in the MSCI EAFE also struggled, posting a 3.87% drop for the week, and a 13.31% decline for the year. 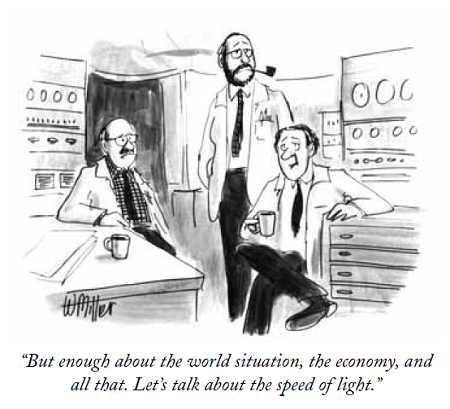 Fact of the Week

Why did stocks drop? Will they continue to do so?

Currently, many topics are on investors' minds, from inflation to tariffs to valuations and beyond, but analysts are not pointing to one single culprit for last week's performance. Instead, a mixture of concerns, with a large dose of emotion, seemed to drive the markets.

Emotional reactions are understandable when volatility emerges, but they have no place in long-term investment strategies. Instead, we need to focus on the fundamentals.

What did we learn last week?

Trying to find simple explanations for market behavior can feel impossible, in part because the markets aren't a machinethey're a reflection of many human actions. Investors make choices based on their interpretations of current conditions, and the effects of these decisions become "market performance."

Amidst the volatility, we received several updates on the economy, including:

Examined together, this data indicates that while the economy has potential challenges, it also demonstrates solid growth, reasonable inflation, and strong corporate performance. That story feels different than the sharp drop we experienced last week. However, when you look at the bigger picture, our current circumstances provide another reminder that volatility is normal, and examining economic fundamentals is critical.

Still, risks exist, and in the coming weeks we will pay very close attention to data and performance. In particular, we will follow the Federal Reserve's comments and actions to see what may lie ahead for interest rates. In the meantime, please let us help answer your questions and address your concerns. We are here to help you pursue your goals, in every market environment.

THE "YOUNG AT HEART" HEALTH BENEFITS

Researchers have found that people who feel younger than their chronological age show fewer age-related changes in their brains, compared with those who say they feel their age or older.

In a study published in the journal Frontiers in Aging Neuroscience, scientists performed MRI scans on the brains of 68 healthy people between the ages of 59 and 84. The subjects also took a memory test and filled out a survey, which asked whether they felt younger or older than their age. Their overall health and cognitive abilities were also assessed.

The scientists found that participants who felt younger had a greater amount of gray matter (which is involved in information processing) in key regions of the brain than did those who felt their age or older. They were also likely to score higher on the memory test and considered themselves to be in better health. And they were less likely to report signs of depression.

The researchers said they suspect that those who feel older may actually be sensing their own gradual loss of gray matter, which can make cognitive tasks more difficult.

"If somebody feels older than their age, it could be a sign for them to evaluate their lifestyle, habits and activities that could contribute to brain aging and take measures to better care for their brain health," Chey said.

Financial Strategy of the Week

As we do more of our daily activities online, we become more vulnerable to security compromises, such as breached data and identify theft. A key item that can put you at risk is the vulnerability of your passwords. Here are tips for taking better steps to safeguard your passwords to protect your important financial data.

Breaking into a long password is more difficult to do than one with just a few characters and numbers. As such, you should create passwords that have a minimum of 8 characters.

2. Use combinations of characters and capitalization

Sometimes companies will control what types of characters you can use. When you have the freedom to choose a variety of characters, you can create a secure password using a combination of letters, numbers and symbols.

While details such as your children's or pets' names can be memorable, they make guessing your password easy for criminals. Avoid using any personally identifying information in your chosen password.