Many stock markets in the United States, Europe, and Asia moved higher as investors chose to focus their attention on the minutes of the October 27-28, 2015 Federal Open Market Committee (FOMC) meeting, which were released on Wednesday, rather than recent terrorist attacks in Paris, Lebanon, Mali, and against Russia.

The FOMC minutes captured attention because they suggested even if the Federal Reserve does begin to tighten monetary policy in December, rate increases may be incremental and the target rate may not be as high as many imagined. Bloomberg reported:

"Fed officials received a staff briefing on the equilibrium real interest rate, or the policy rate that would keep the economy running at full employment with stable prices, according to the minutes. Fed officials discussed the possibility that the short-run equilibrium rate 'would likely remain below levels that were normal during previous business cycle expansions,' the minutes said."

While the Fed is expected to begin tightening U.S. monetary policy, the European Central Bank (ECB) is expected to further loosen monetary policy in December. The Wall Street Journal reported the ECB is "prepared to deploy its full range of stimulus measures to fight low inflation..." The news was welcome. CNBC reported European markets closed the week at three-month highs.

IF THERE WERE A "PAGE SIX" FOR FINANCE AND ECONOMICS, emerging markets would be splashed across it.

Remember the saying, "Buy low and sell high?" Well, emerging markets have not performed well for quite a long time, and that has a lot of people speculating about what may happen in the next few years.

Analysts at BlackRock opined, "Emerging-market (EM) equities are fighting an uphill battle, held back by an appreciating U.S. dollar, falling commodity prices, and flagging exports. These only add to their other medium-term struggles, such as dwindling corporate profits, declining productivity, and a dispirited investor base. With valuations of EM equities trading at the largest discount to their developed-market peers in 12 years, some opportunities are beginning to emerge."

In fact, several economists and asset managers have begun to compare and contrast the attributes of various emerging markets. Some say China is a better bet than Latin America. Others like the opportunities in Southeast Asia. A Goldman Sachs analyst cited by Bloomberg cautioned, "...Colombia, South Africa, Turkey, and Malaysia still need to tackle their current-account imbalances; Russia, India, and Poland are among nations that have improved enough for their assets to rally..."

The point is there is a buzz building around emerging markets. Sometimes, when analysts begin to emphasize the potential of an asset class, investors are tempted to pile in. While emerging markets investments can be a valuable part of a well allocated and diversified portfolio, it's a good idea to remember there are distinct risks which are not suitable for all investors associated with investing in emerging markets.

"All you need in this life is ignorance and confidence, and then success is sure."

Set Up for Great Chipping

Solid contact and a descending blow are critical to a great chipping technique. To set up properly for a chip, start by placing your feet about a clubhead width apart and about a foot away from the ball. Then, take your lead foot and turn it out slightly and place it an inch behind the other foot. Doing so helps you get your weight shifted and your sternum aligned properly.

At the end of your swing, the end of your shoulder, your arm, and the club should all form a straight line. If you find yourself flipping the club outward awkwardly, it means you're either trying to decelerate or fix a bad backswing by accelerating the swing too much.

Why do I need an estate plan?

The biggest reason to have an estate plan is to make sure that your personal values about both medical and financial matters are honored in the event that death or incapacity prevents you from acting for yourself. In addition, tax minimization is a further and very important goal of estate planning for persons with taxable estates. To create an estate plan for yourself or update an existing plan, you will most likely need the services of an estate planning attorney.

When you consult with an estate planning attorney, the attorney considers how you want assets distributed to heirs, what taxes your estate might be liable for and whether there are tax-minimization strategies that would be appropriate and appealing; what your preferences and values are with respect to the management of medical and financial affairs in the event of incapacity; and any complicating family issues. To deal with these issues, we often work with you and your attorney to help provide full and accurate information about you.

When an estate plan is formulated, be sure you understand what the attorney is saying. Estate planning ideas can be elusive, but strive for a working knowledge of the material presented for your consideration.

Please contact my office if you or someone you know would like help getting the estate planning process underway. 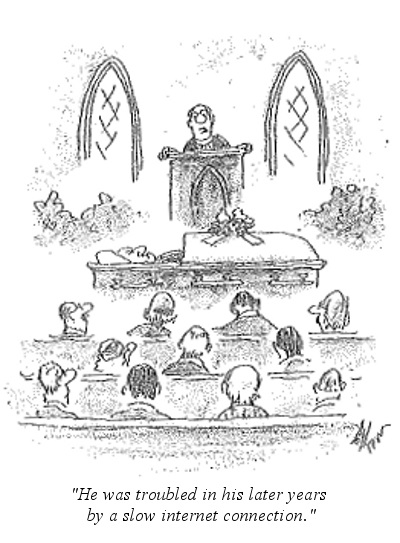