Markets went for another wild ride last week, as major domestic indexes swung back and forth. By Friday, December 7, markets had posted their worst weekly performance since March - and the S&P 500 and Dow both moved into negative territory for 2018. 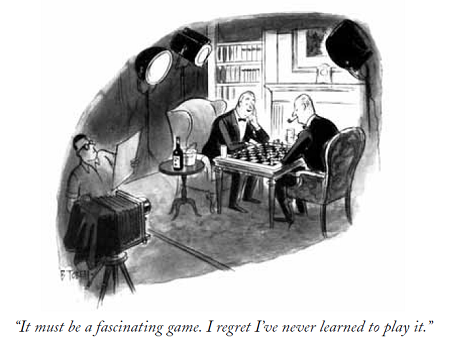 The history of chess can be traced back around 1500 years; started in the North of India and then spread throughout the Asian continent. Chess made its way via the expanding Islamic Arabian empire to Europe. The first chess tournaments started to take place and even the first official World Championship was hosted in 1886 where Wilhelm Steinitz became the first official World Chess Champion.

Let's take a look at what is driving this challenging market performance.

1. How volatile are stocks right now?
If recent market fluctuations have felt intense to you, there's a reason: They are. The past three weeks have had the most volatility since 2008's financial crisis. During this time, domestic indexes have ricocheted between gains and losses. The large swings have occurred both week-to-week and within daily trading.

2. What is causing the volatility?
Many of the same themes we've discussed throughout 2018 are continuing to affect market behavior. Ultimately, many investors are worried that corporate profits and global growth will suffer if trade tension persists and the Federal Reserve continues raising interest rates.

Concerns about Treasury yields were also on investors' minds. For part of last week, 3-year Treasury notes had higher yields than 5-year notes. Called an inversion, a higher yield on shorter-term Treasuries can be a sign of a coming recession. The yield spread between 2-year and 10-year Treasury notes, which people focus on more, has not inverted.

3. Should you feel concerned?
With many headlines to digest, from conspiracy charges against a Chinese tech leader to comments from the Fed, investors had a lot to consider last week. The difference is how they reacted to this information. For some time, markets were basically ignoring headlines. Now, they've moved in the opposite direction into what one investment manager called "a period of hypersensitivity."

Consequently, recent market performance may seem unnerving. As is often the case, however, the reality may be less extreme than what appears at first glance, especially when you look at the fundamentals.

4. What do the fundamentals tell us?
While last week's market performance saw large fluctuations, the fundamentals we received were far less dramatic. We learned that two sectors beat expectations in November: manufacturing and service. Further, the November labor report revealed fewer new jobs than anticipated, but unemployment is still at historically low levels, as job and wage growth continue.

Remember, risks exist in the markets and economy, and we're analyzing these details closely. If you have any questions about your financial standing or anything you hear in the news, we are here to talk.

How much can I gift in 2018 without being taxed?

In 2018 the annual gift exclusion amount is $15,000. Each individual donor can gift this amount to an unlimited number of donees. If you are married and wish to make gifts to your two children, you and your spouse together are allowed to gift $30,000 to each child for a total of $60,000. If your children are married, you and your spouse can gift as much as $60,000 to each couple without tax issues.