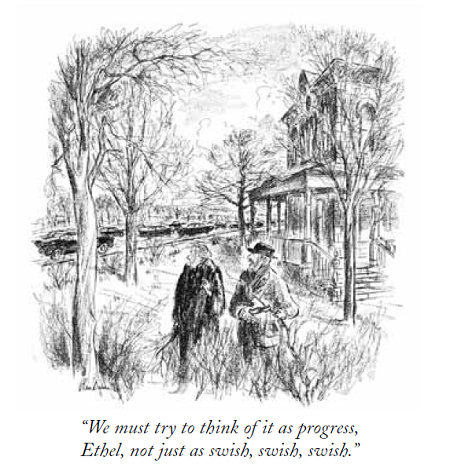 Approximately 45% of Americans make at least one resolution in January, and of that group, only 8% will still be committed to them by the end of the year. Studies show that accountability helps keep on course to achieve New Year's resolutions. 59% of those who had someone to support and monitor their progress eventually achieved their goal through the year.

What happened to the markets?

Last week brought a number of economic updates, which gave mixed signals on the economy:

However, markets hardly focused on the data. Instead, two key headlines drove the week's performance: 1) results from the Fed's latest meeting and 2) the risk of a government shutdown.

Let's look a bit more into what happened - and how the markets reacted.

1. The Federal Reserve increased rates and shared its economic projections.

Markets expected the Fed's 4th interest rate increase for the year. In many ways, traders were trying to read between the lines of every Fed announcement last week to see how sensitive the agency would be to the markets. As a result, investors became concerned about the Fed's statements that increases could continue in 2019, despite seeing a slowdown in economic growth. This reaction caused some of the sell-offs.

2. A government shutdown loomed - and then happened.

A disagreement between Congress and President Trump about government funding for a border wall continued throughout last week. While a deal had seemed imminent, by Friday afternoon, the political divide continued and a shutdown loomed. Stocks dropped significantly as a result. By Saturday morning, 9 of the 15 federal departments had closed due to the shutdown.

What should you do?

These challenging moments are when keeping perspective is most important. Sell-offs and uncertainty can feel worrisome  and we cannot say for sure how long this market turbulence will continue.

In the weeks ahead, the government shutdown may continue, and we may not experience the strong "Santa rally" that investors hoped for. However, it's important to remember that, historically, shutdowns are short and don't typically create negative long-term effects on the economy.

However, when thinking about the current environment, we want to encourage you to consider airline turbulence: During a flight, turbulence can feel unsettling and downright scary. But, you don't jump out of the plane just because it's shaking. While you may worry about a crash, the pilots are using every available data point, measurement, and expert to find the safest path to your destination. The unpleasantness almost always calms - and you arrive where you intended to go.

In this same manner, we're tracking this current turbulence and how it relates to you. No matter what lies ahead, we're here to pilot you through. If you want to discuss specifics about our economy, your goals, and current momentum, please contact us. We're always ready to help you understand your financial life.

Charitably inclined individuals with a significant amount of money in investments may choose to donate some of their stock to a charitable organization and avoid paying capital-gains taxes on the stock gains.

They may get what's called a "fair market value deduction," which means if they paid $10,000 for stock that's now worth $50,000, they could get a tax deduction on the higher figure (although this is subject to the percentage of an individual's adjusted gross income that it represents).