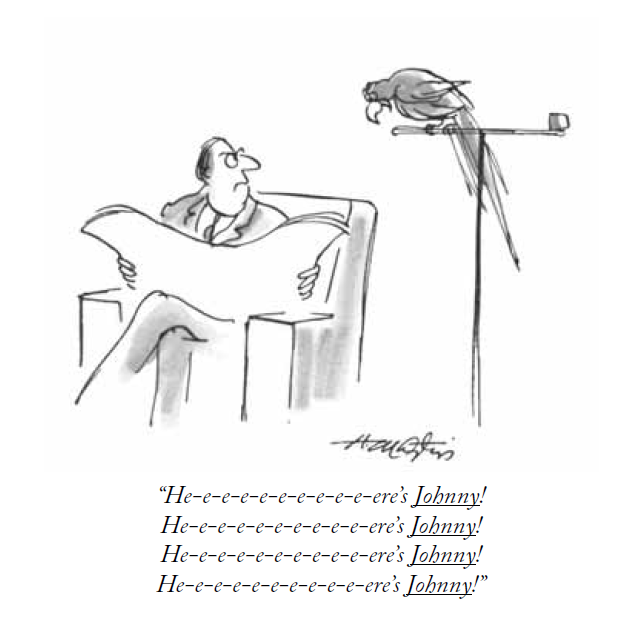 Of all the creatures on Earth, only two can produce human language: humans...and birds. Parrots are vocal learners, grasping sounds and then imitating them.  But why do they copy human speech? Peer pressure, it turns out. Parrots naturally try to fit in, parrots use their vocal prowess to share important information and fit in with the flock, be it among other parrots or other people.

Updates on trade and monetary policy contributed to investor decisions, yet again.

1. The Federal Reserve made dovish comments.

Many investors believe that efforts to resolve trade tension between the U.S. and China made progress last week. On Wednesday, January 9, talks concluded in Beijing after three days of negotiations, and China said the "in-depth" meetings made a resolution possible. The next day, U.S. Treasury Secretary Steve Mnuchin announced that a high-level Chinese policy advisor is coming to D.C. later this month for further talks.

Last week's trade and policy headlines seemed to ease some of the risks on investors' minds. However, both challenges and opportunities remain.

This week marks the beginning of U.S. corporate earnings season. Analysts have low expectations for companies' 4th-quarter performance, especially after a number of large corporations released warnings about their results. However, analysts still predict that S&P 500 companies experienced 14.5% profit growth. In addition, the generally sour, pessimistic mood surrounding earnings could support equities in two ways: 1) Investors may not react strongly if companies miss projections, and 2) any companies that have surprisingly good results could see stock price jumps.

Along with earnings results, investors will be paying close attention to companies' commentary on business in China. Some experts believe Chinese economic growth is slowing, which is already affecting market performance. On Friday, markets stumbled a bit as analysts considered data and commentary on China's economy. These details will remain important to watch - and see how it relates to trade.

In addition, while the U.S. federal government shutdown has not yet had a large market impact, if it continues for too long, it could sizably affect the economy.

We will continue to monitor these and other financial perspectives as we determine where the markets are - and what may be on the horizon. If you have any questions, we're here to talk and listen.

But the problem with that approach is that it's based on a single point in time. You make the decision once and follow it for your entire retirement. And that may not be optimal because the one thing we can always count on is change. As you age, you will potentially live longer. You could experience an extended market downturn at the beginning of your retirement. Unexpected expenses could appear.

A recent Retirement Adviser panel also urged retirees and pre-retirees to make sure they work with advisers who are familiar with using all the tools available for building a retirement-income plan. Some might focus solely on using a systematic withdrawal plan while others might focus solely on using annuities. To have a good plan you need an adviser who understands both.