Last week closed out one of stocks' top January performances in years. In fact, both the S&P 500 and Dow posted their best January results in at least 3 decades. For the week, major domestic indexes were also up. The S&P 500 gained 1.57%, the Dow added 1.32%, and the NASDAQ increased 1.38%. The Dow's performance marked its 6th week of gains in a row. Internationally, MSCI EAFE stocks also posted growth, rising 0.91%. 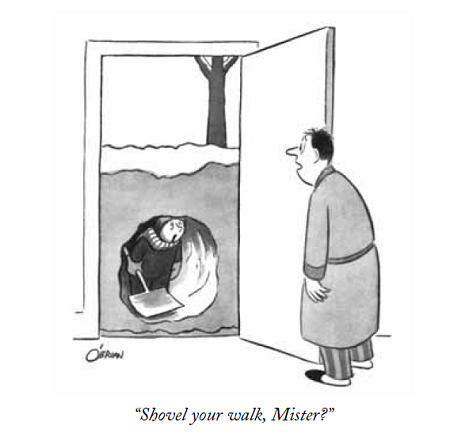 This past weekend marks the 40th anniversary of the Chicago Blizzard of 1979, one of the region's biggest snowstorms since 1884, dropping nearly two feet of snow in only two days.

The Blizzard of '79 is officially Chicago's fourth-largest snowfall, with a measured 20.3 inches falling on the area. It joins "Snowpocalypse" and 2015's "Super Bowl Blizzard" among the most notorious storms of all time.

As discussed in our previous market update, last week provided a number of details for investors to focus on. Here are some key items that contributed to market performance:

1. Federal Reserve Meeting: The Fed chose not to increase interest rates above its current 2.25% - 2.50% target. When releasing this update, the central bank noted that it would be "patient" when deciding about any future increases.

The Fed's signal that additional rate hikes may not be imminent helped improve market confidence.

2. Corporate Earnings: By Friday, nearly half of S&P 500 companies had released earnings data for the 4th quarter of 2018. Of them, 70% had higher earnings-per-share than expected and 62% beat revenue projections. Right now, the S&P 500 is poised to have its 5th quarter in a row of double-digit earnings growth. However, the currently projected growth of 12.4% is lower than it has been since 2017.

With worries of disappointing results calmed, some investors are feeling relieved by earnings season so far.

3. January Labor Report: The latest Employment Situation release from the Bureau of Labor Statistics showed that the economy added 304,000 new jobs in January. At the same time, the unemployment rate increased slightly, as the count included furloughed federal workers. The latest data also indicated that December job growth was lower than initially reported.

The January job growth was much higher than investors expected and implied the partial government shutdown minimally affected the U.S. economy. These perspectives helped drive stock gains on Friday.

This week, we will continue to monitor corporate earnings season and will follow any developments in the U.S.-China trade negotiations. We will also watch for new data releases, especially those previously delayed by the government shutdown. If you have any questions, we're here for you.

Should I change my investment mix when I retire?

Probably less than you think.

Many retirees think that they can put their savings into fixed income investments and live on the interest. Unfortunately, this strategy does not work unless you have so much money or such a short life expectancy that you do not have to worry about inflation.

Most retirees live well into their eighties. If you retire at 65, that means you may live to see the cost of living double or triple, even if inflation averages 4% a year or less. You must invest for growth as well as for income.

You may want to re-balance your portfolio to achieve a somewhat less aggressive mix, however. Without earned income, you are more vulnerable to the ups and downs of the stock market.

Determining the correct investment mix for you is a major part of portfolio management and something we review with clients on a regular basis. Please let me know if you or someone you know would like help determining your investment mix.