Anyone looking at U.S. stock market performance last week might assume it was a pretty quiet week. They would be wrong. It was a very bouncy week. U.S. stock markets moved lower on Monday, rebounded on Tuesday, and then appeared to suffer a one-two punch mid-week that knocked indices lower.

On Wednesday, the benchmark U.S. oil price sank below $40 a barrel as supply continued to exceed demand, according to The Wall Street Journal (WSJ). Analysts had expected stockpiles of crude oil, gasoline, and other fuels to decline. Instead, stores increased to more than 1.3 billion barrels. The glut of fuel drove energy stock values down and energy stocks led the broader market lower, according to WSJ.

Performance did not improve on Thursday. In part, this was because the European Central Bank (ECB) underwhelmed markets when it delivered economic measures that were less stimulative than many had expected. The Financial Times reported the ECB reduced rates and pledged to extend quantitative easing for six additional months, but it did not increase the amount of its bond purchases, which disappointed investors. Stock markets in Europe and the United States lost value on the news.

On Friday, a strong jobs report restored investors' enthusiasm and markets regained losses suffered earlier in the week, according to ABC News. The Department of Labor announced 211,000 jobs were added in November, which was more than analysts had expected. Strong employment numbers made the possibility of a Federal Reserve rate hike seem more certain and investors welcomed certainty. The ECB jumped into the good-news pool on Friday, too, announcing it would expand stimulus measures, if necessary.

The Standard & Poor's 500, Dow Jones Industrial, and NASDAQ indices were all up for the week.

IT'S THAT TIME OF THE YEAR. No, not the holidays. It's the time when investors begin to consider pundits' forecasts for the coming year. Here are a few of those forecasts:

"Flat is the new up," was the catch phrase for Goldman Sachs' analysts last August, and their outlook doesn't appear to have changed for the United States. In Outlook 2016, they predicted U.S. stocks will have limited upside next year and expressed concern that positive economic news may bring additional Fed tightening. Goldman expects global growth to stabilize during 2016 as emerging markets rebound, and Europe and Japan may experience improvement.

Jeremy Grantham of GMO, who is known for gloomy outlooks, is not concerned about the Federal Reserve raising rates, according to Financial Times (FT). FT quoted Grantham as saying, "We might have a wobbly few weeks... but I'm sure the Fed will stroke us like you wouldn't believe and the markets will settle down, and most probably go to a new high." Grantham expects the high to be followed by a low. He has been predicting global markets will experience a major decline in 2016 for a couple years, and he anticipates the downturn could be accompanied by global bankruptcies.

PWC's Trendsetter Barometer offered a business outlook after surveying corporate executives. After the third quarter of 2015, it found, "U.S. economic fundamentals remain strong, but markets and executives like predictability, and that's not what we've been getting lately... Trendsetter growth forecasts are down, so are plans for [capital expenditure] spending, hiring, and more. It doesn't help that we've entered a contentious 2016 election season..."

The Economist had this advice for investors who are reviewing economic forecasts, "Economic forecasting is an art, not a science. Of course, we have to make some guess. The average citizen would be well advised, however, to treat all forecasts with a bucket (not just a pinch) of salt."

Golf is often called a one-sided game because we always play using the same side. This one-sided focus can create imbalances in your game and even contribute to chronic issues. When you're in the gym, focus on creating symmetry and balance by exercising both sides of your body. Consider working with a physician and personal trainer to create a personalized program to help you identify weaknesses and fix imbalances.

How often do you review my portfolio?

Although our clients all have customized portfolios, most portfolios hold similar investments that we have chosen as best in class from throughout the investment universe. The customizations typically come in the form of asset allocation - determining the appropriate mix of investments for your particular situation.

That being said, we constantly review the investments we have chosen. During our daily meetings with clients we continuously evaluate these investments to ensure they remain in line with our expectations throughout changes in the market and economy. An even closer look is taken outside of meetings where we perform more detailed fundamental analysis.

With investments constantly analyzed, we take the opportunity to review each client's customized portfolio on at least a monthly basis. At this time we review how your investments are performing as a whole, your asset allocation strategy, and how your portfolio is working towards achieving your goals, among other factors effecting your financial situation.

Please let us know if you or someone you know has any questions about their portfolio. 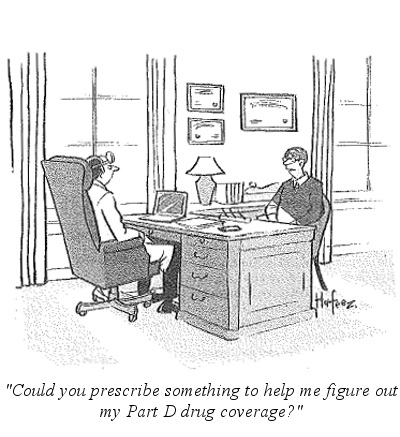