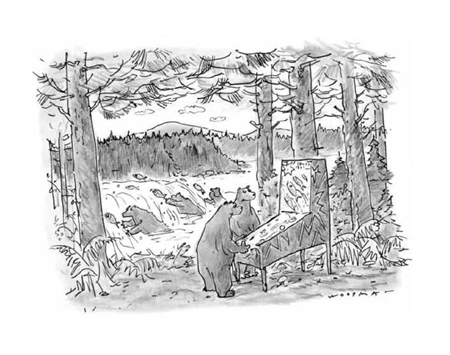 The pinball machine has had major transformations since its early ancestor, the Bagatelle received its U.S. Patent in 1871. During the 1930s, machines were mass produced with 145 manufacturers competing in the industry. By 1975, the first digital machine entered the market, weeding out the majority of remaining competitors. By 2002, the industry was left with just one major designer and manufacturer, Chicago based - Stern Pinball. As demand and machine popularity continued, other manufacturers were introduced back into the industry.

Earnings and big-name initial public offerings mattered little last week. Traders were more concerned about how consumers and corporations might be affected by higher import taxes in future quarters.

At 12:01 a.m. Friday, duties on $200 billion worth of Chinese products coming to the U.S. rose from 10% to 25%. Just days earlier, President Trump had tweeted that the U.S. might also tax another $325 billion of Chinese imports, mainly consumer goods.

While the proposed new taxes might take months to implement, institutional investors reacted negatively to this information, perceiving that trade talks were stalled.

A few weeks ago, market watchers noted the huge number of initial public offerings anticipated for 2019. One well-known tech firm completed its IPO on Friday, and the wave of tech IPOs is still building. According to research firm CB Insights, the average stock market valuation of the venture-capital-backed tech companies going public this year is $9.6 billion.

RISKS TO CONSIDER DURING RETIREMENT

A retirement plan can be affected by many unforeseen circumstances, but you should consider five major challenges most retirees face: the potential for outliving one's assets; the threat of rising living costs; the impact of increasing health care costs; uncertainty about the future level of Social Security benefits; and the damage to long-term financial security that can be caused by excessive withdrawals in the early years of retirement. Understanding each of these challenges can lead to more confident preparation.