After a level of hype that would have exhausted even the most dedicated Star Wars fans, the Federal Reserve finally began to tighten monetary policy last week, raising the funds rate from 0.25 percent to 0.50 percent.

The last five times the Fed has begun to raise rates, the U.S. dollar has remained stable and stock prices have risen, on average, in the months immediately following the hike, according to The Economist.

"The impact of changes in interest rates is not usually felt on announcement... The response of the real economy also comes with a delay. Most reckon it takes time for monetary policy to shift spending habits, and one rate rise is more an easing of the accelerator than a U-turn. Unemployment continued to fall in each of the past five tightening episodes. That will probably happen again... The most uncertain variable is inflation. This fell rapidly following rate rises in 1983 and 1988 as the Fed established its hawkish credentials. Yet in 2016, the most likely direction for inflation is up (the rate rise is aimed at restraining its ascent)."

Another factor affecting the U.S. and global economies is the price of oil. Last week, The Wall Street Journal reported oil prices declined to a new six-year low. Falling oil prices have contributed to deflationary pressures in Europe, stunting the region's economic recovery. They have had a mixed affect on the U.S. economy, helping consumers and hurting the energy industry.

SECOND GUESSING THE FED IS AN AGE OLD AMERICAN PASTTIME. Americans have been speculating about the Federal Reserve's monetary policy choices - rate hikes, rate declines, quantitative easing, etc. - for a long time. It's clear when you take a look at a few modern Fed Chairs and the Fed's activities under their leadership.

Paul Volcker (1979-1987) took over an economic quagmire known as The Great Inflation. In the early 1980s, U.S. inflation was 14 percent and unemployment reached 9.7 percent. Volcker unexpectedly raised the Fed funds rate by 4 percent in a single month, following a secret and unscheduled Federal Open Market Committee meeting. His policies initially sent the country into recession. The St. Louis Fed reported "Wanted" posters targeted Volcker for "killing" so many small businesses. By the mid-1980s, employment and inflation reached targeted levels.

Alan Greenspan (1987-2006) was in charge through two U.S. recessions, the Asian financial crisis, and the September 11 terrorist attacks. Regardless, he oversaw the country's longest peacetime expansion. In the late 1990s, when financial markets were bubbly, critics suggested, "...Mr. Greenspan's monetary policies spawned an era of booms and busts, culminating in the 2008 financial crisis."

Ben Bernanke (2006-2014) took the helm of the Fed just before the financial crisis and Great Recession. When economic growth collapsed in 2007, the Fed lowered rates and adopted unconventional monetary policy (quantitative easing) in an effort to stimulate economic growth. In 2012, economist Paul Krugman called Bernanke out in The New York Times, "...the fact is that the Fed isn't doing the job many economists expected it to do, and a result is mass suffering for American workers."

Janet Yellen (2014-present) is the current Chairwoman of the Fed. Under Yellen's leadership, after providing abundant guidance, the Fed raised rates for the first time in seven years. The International Business Times reported several prominent economists think the increase was premature, in part, because there are few signs of inflation in the U.S. economy.

In many cases, it's difficult to gauge the achievements and/or failures of a leader - Fed Chairperson, President, Congressman, or Congresswoman - until the economic or political dust settles. Sometimes, that's long after they've left office.

"We are too prone to judge ourselves by our ideals and other people by their acts. All of us are entitled to be judged by both."

Shanking happens when you push your club out too far ahead of the ball and strike it with the hosel instead of the clubface.

To cure the dreaded shanks, try these tips:

How does an advisor decide upon the best mix of investments for me?

Of course, you always have final say in terms of the investments you will be making and any decisions to go a certain route with the money you choose to place at risk. But in essence, when you hire a financial advisor you are saying that you trust in their expertise and good judgment to make wise choices on your behalf. If there is no trust between the two of you, your relationship will not last long.

This being said, your advisor will need to have some leeway to make strong recommendations on your behalf. But in order to do this, a good advisor will first spend some time to find out a few things about you as a client. They will not only need to know about your tolerance for risk and investment time horizons, but also evaluate your current financial situation and understand your goals and what you would like to achieve with your money.

If you do not have your financial goals worked out, it is possible to meet with an advisor and talk about these things. Based on the goals you set, you and your financial advisor should be able to determine a prudent investment path for you as an individual.

Please call my office if you or someone you know would like help determining your goals and developing a prudent investment mix based upon them. 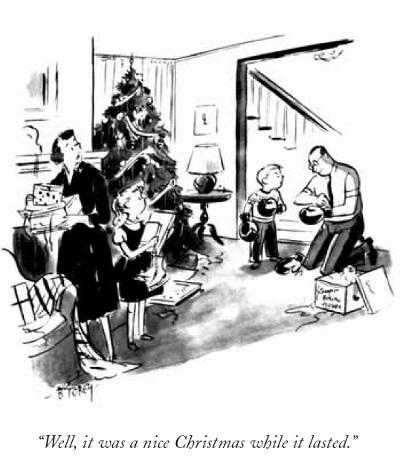