Last week, investors assessed earnings and the initial estimate of second-quarter economic growth, while awaiting the Federal Reserve’s next announcement about interest rates. 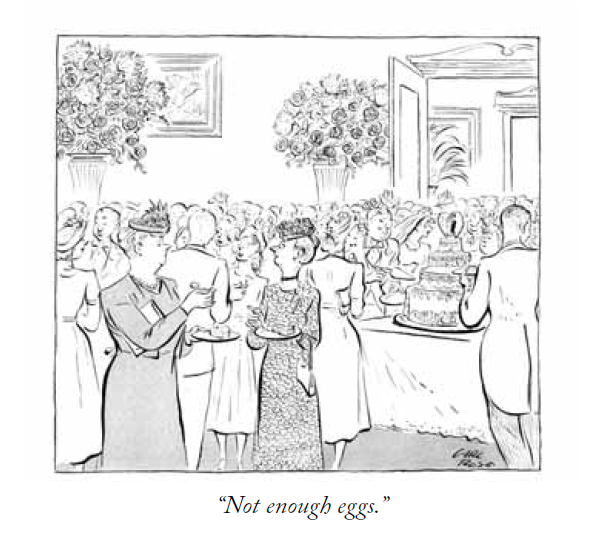 The pound cake is so named because the original recipe called for a pound each of butter, flour, sugar, and eggs.

Analysts surveyed by Dow Jones Newswires had forecast 2.0% Gross Domestic Product (GDP) for the second quarter. The actual estimate, announced Friday by the Bureau of Economic Analysis, was slightly better at 2.1%.

While this is the poorest quarterly GDP number since the opening quarter of 2017, the decline in GDP largely reflects a decrease in business investment. Consumer spending improved 4.3% in Q2, and government spending rose 5.0%, which was the biggest quarterly gain in a decade.

This renewed effort to forge a bilateral trade pact could go on for some time. Secretary of the Treasury Steven Mnuchin, who is part of the U.S. delegation, told reporters last week that it would likely take “a few more meetings” before any kind of accord can be considered.

Wednesday at about 2:00 pm EST, the Federal Reserve is scheduled to conclude its July meeting. Wall Street is eager to see what the Fed will do with interest rates. The question is whether traders have priced in expectations of a cut and how they may react if no cut comes.

SEE IF IT'S TIME FOR A TRUST

If you're above the estate and gift tax exemption limit for 2019, capped at $11.40 million per individual, or your retirement plan is significantly overfunded, consider the world of irrevocable trusts.

Often the goal here is to remove assets from your taxable estate in order to avoid the federal estate tax. Those who are wealthy and charitably minded may want to consider charitable remainder trusts, which designate a set amount (either percentage or dollar) as annual income for you, with the remaining principal passing at death to a charity.

Charitable remainder trusts can provide significant tax deductions to offset high income, eliminate capital gains taxes on donations of highly appreciated property, and allow the potential for higher after-tax income streams, as well as leaving a legacy to the cause of your choice.

These structures are complex and if you want to go down this path, you will need to consult with a CPA, estate attorney and Certified Financial Planner TM.