U.S. stock indices saw significant ups and downs last week, with traders looking for economic cues from Treasury yields and also developments in the tariff fight between the U.S. and China. 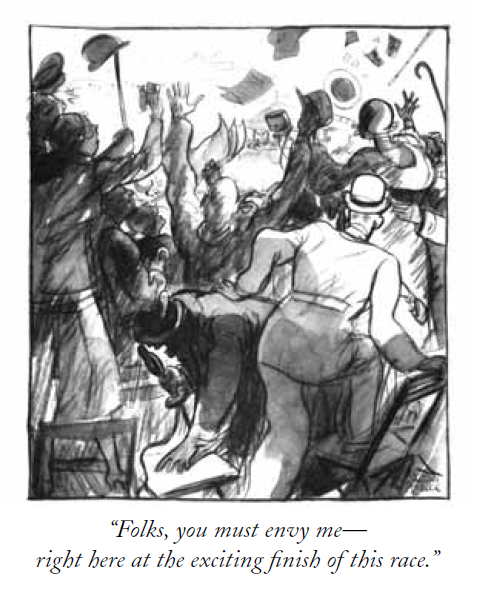 The officially opening what is now the home of the world's most famous motor racing competition, the Indianapolis Motor Speedway took off with balloon races on June 5, 1909, followed by the first automobile race taking place on August 19, 1909.

Built on 328 acres of farmland five miles northwest of Indianapolis, Indiana, the speedway was started by local businessmen as a testing facility for Indiana’s growing automobile industry. The idea was that occasional races at the track would pit cars from different manufacturers against each other.

Attention on the Bond Market

Wednesday, the yield of the 2-year Treasury bond briefly exceeded that of the 10-year Treasury bond. When this circumstance occurs, it signals that institutional investors are less confident about the near-term economy. That view is not uniform. Asked whether the U.S. was on the verge of an economic slowdown, former Federal Reserve Chair Janet Yellen told Fox Business “the answer is most likely no,” noting that the economy “has enough strength” to avoid one.

Last week, the Office of the U.S. Trade Representative announced that about half the Chinese imports slated to be taxed with 10% tariffs starting September 1 would be exempt from such taxes until December 15.

The White House said that the reprieve was made with the upcoming holiday shopping season in mind, so that tariffs might have less impact on both retailers and consumers.

Lower interest rates on bonds are now influencing mortgages. According to mortgage reseller Freddie Mac, the average interest rate on a conventional 30-year home loan was just 3.6% last week. That compares to 3.81% roughly a month ago (July 18).

DETERMINE IF YOU ARE ON TRACK TO ACHIEVE YOUR GOALS

In a recent Financial Finesse study on the State of U.S. Employees' Retirement Preparedness, fifty-seven percent of employees at pre-retirement age, between 55 and 64, said they had not run a calculation to estimate whether or not they were on track to achieve their income goals in retirement. According to the study, after evaluating those who did not know if they are on track, participants received an average wellness score of only 4.7 out of 10.

• Lower home equity to rely on due to the mortgage crisis

• Higher healthcare costs and longer life spans to plan for

Determining if you are currently on track to meet your goals is one of the first steps to developing a sound retirement plan. The sooner you take control of your financial situation, the greater your odds of a successful retirement.