The market is flat.

That's right. It's a rare occurrence - something that has happened just 12 times since 1926, according to Fortune - but the Standard & Poor's 500 Index (S&P 500) has remained in a narrow trading range for seven months. For every sector that has delivered performance gains (for instance, healthcare, software, and consumer discretionary), there has been one with losses that have offset those gains (for instance, energy, materials, and industrials).

The S&P 500's unremarkable gains year-to-date are owed to just a handful of stocks, which Barron's said means the market has bad breadth. That's not a good sign, but it's not a bad sign, either. Less breadth doesn't always signal the end of a bull market:

"Big downturns are almost always preceded by a lack of breadth, which is one reason some folks are preparing for the end. There's only one problem: Declining breadth doesn't always signal the end of a bull market. From September 4 to October 13 of last year, the S&P 500 outperformed the equal-weighted version of the index by more than 1.5 percentage points [a measure indicating lack of breadth], leading to similar calls that it was time to bail. The S&P 500 gained 8.5 percent during the next three months."

Fortune's analyst reviewed the historical data for the dozen years that offered similar market performance during the first seven months of the year and found that a range of outcomes is possible. The S&P 500 Index could:

The median return for the twelve years was 6 percent.

IF YOU SLEEP MORE, YOU MAY EARN MORE MONEY. Researchers were trying to evaluate the importance of sleep so they focused on two American cities in a single time zone: Huntsville, Alabama (on the eastern edge of the central time zone) and Amarillo, Texas (on the western edge of the same time zone). The sun sets an hour later in Amarillo, so the assumption was made that people get less sleep in Amarillo than they do in Huntsville.

The findings reported in Time Use and Productivity: The Wage Returns to Sleep, by Matthew Gibson of Williams College and Jeffrey Shrader of the University of California-San Diego, were people who get one hour less shuteye, over a long period of time, earn about 4.5 percent less.

From an economic perspective, the idea may seem counterintuitive. After all, when you're snoozing you're not producing. However, from a psychological point of view, it makes a lot more sense. A British study of 21,000 employees found those who slept six hours or less each night were less productive than employees who slept for seven or eight hours.

Sleep issues, however, may become more important as we become attached to devices like tablets, laptops, and smart phones. Research described in Scientific American found two hours of tablet use before bedtime suppressed melatonin release. Melatonin is a hormone that lets us know it's time to sleep.

So, if you're having trouble getting to sleep and use a smart phone or tablet before bed, you may want to turn down the brightness of your glowing screens before bed - or switch back to good old-fashioned books.

"I do not think there is any thrill that can go through the human heart like that felt by the inventor as he sees some creation of the brain unfolding to success... such emotions make a man forget food, sleep, friends, love, everything."

Beat the Bunker With a Recoil Shot

Normally, a bunker shot requires you to close the clubface, hit underneath, and take a lot of sand along with the ball. However, that bunker technique will give the ball a lot of topspin, which is a problem if you have a short shot or steep downhill lie out of the bunker. If you're dealing with a short pin, try this alternate bunker shot:

Set up as normal with the ball in the middle of your stance. Keep the clubface open and prepare to come in steeply at the ball. However, at the moment of impact, instead of following through with your club, recoil immediately, bringing the club back to your shoulder. This motion should bring the ball out more steeply and with less topspin, keeping the ball from overshooting the target. 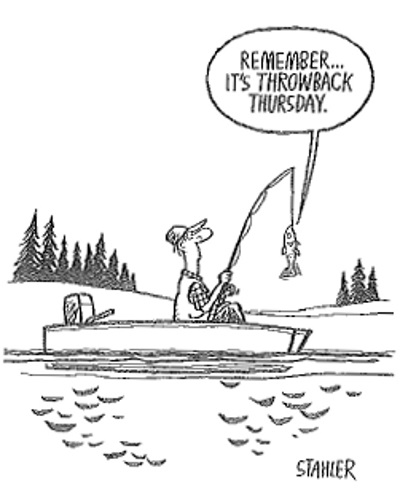