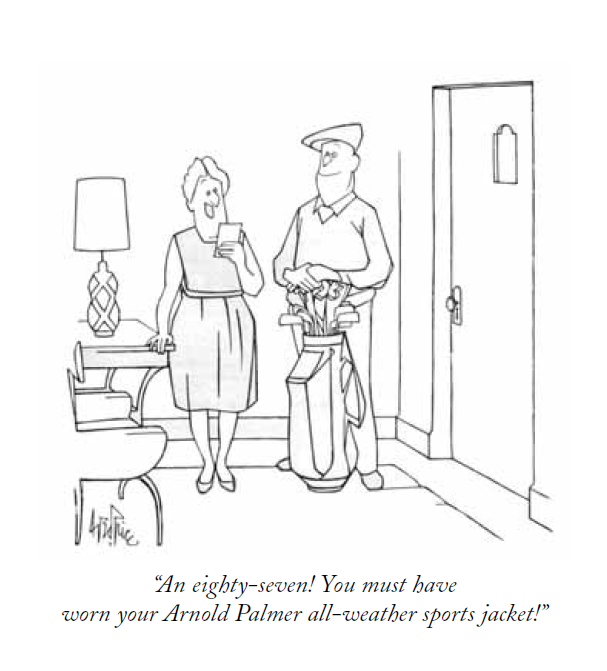 On this date, in 1916, the inaugural PGA Championship was conducted, in Bronxville, NY. Jim Barnes took home the honors of the 1st Professional Golfers Association champion, receiving the grand prize gold diamond studded medal, along with $500. Victory earnings today have grown drastically, with the most recent pursue at the 2019 101st PGA Championship champion prize of $1,980,000.

For nearly two years, investors’ moods have seemed to swing with each twist in the ongoing trade saga between the U.S. and China. Last week was no different.

On Tuesday, stock prices fell sharply on concerns that U.S.-China trade tensions had escalated. The White House announced the addition of 28 new Chinese companies to its list of firms that are banned from doing business in the U.S. Later in the day, White House officials confirmed that they had implemented travel bans on selected Chinese officials.

But prices bounced back Thursday and surged higher Friday on White House reports that suggested the trade talks between the two countries were “going really well.” Near the close Friday, the White House confirmed that the U.S. has come to a “very substantial phase one deal” with China.

Investors may start to get a better glimpse into third-quarter earnings this week, as more than 150 companies are expected to report on their operations.

As “earnings season” get underway, some attention may shift from the U.S.-China trade negotiations and toward company reports.

Some U.S. financial markets will be open, and some will be closed, on Monday, October 14, in observance of the federal holiday Columbus Day. The U.S. bonds markets and most banks will be closed. But the New York Stock Exchange and the NASDAQ will be open for regular hours.

USING A "CRT" FOR YOUR CHARITABLE WISHES

A charitable remainder trust (CRT) is an irrevocable trust that generates a potential income stream for you, as the donor to the CRT, or other beneficiaries, with the remainder of the donated assets going to your favorite charity or charities. Charitable trusts can offer flexibility and some control over your intended charitable beneficiaries as well as lifetime income.

Key Benefits of a CRT:

Preserve the value of highly appreciated assets: For those with significantly long-term appreciated assets, including non-income-producing property, a CRT allows you to contribute that property to the trust and when the trust sells it is exempt from tax.

Income tax deductions: With a CRT, you have the potential to take a partial income tax charitable deduction when you fund the trust, which is based on a calculation on the remainder distribution to the charitable beneficiary.

Tax exempt: The CRT's investment income is exempt from tax. You may consider donating low-basis assets to the trust so that when sold, no income tax is generated to you and you eliminate the capital gains tax on the sale of the asset. However, the named income beneficiary will pay income tax on the income stream received.

You should always consult an estate and tax planning professional if you think a charitable remainder trust (CRT) is right for you.