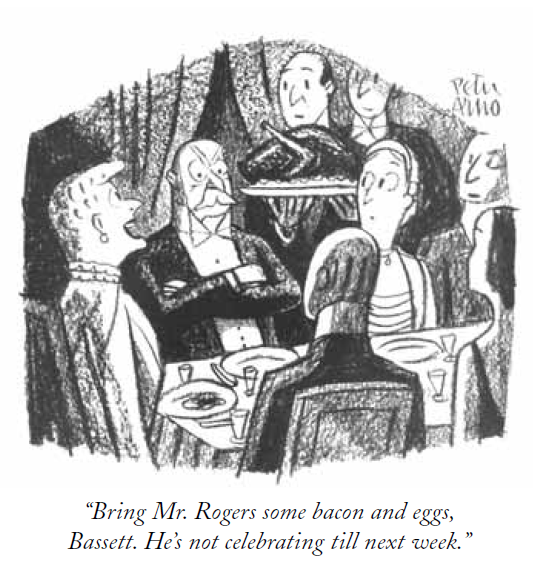 America's Thanksgiving holiday, born in the 1500s, now stands as one of the nation’s most anticipated and beloved days. The declared day for observance remained inconsistent over the decades until 1939 when President Roosevelt declared - the fourth Thursday as the national day of observance rather than the fifth one, and later passed the federal observance law in 1942.

Evidence suggests the first Thanksgiving services began in the late 1500s in what is now Florida before the arrival of Pilgrim settlers. The US issued several days of observance during the Revolutionary and Civil War, eventually manifesting the establishment of the national holiday in the 20th century.

Nothing Conclusive Regarding Trade

As the market week ended, there was still haziness surrounding the state of U.S.-China trade discussions. Were negotiators on the cusp of a phase-one deal or further away?

Friday, President Trump told reporters that a deal was “very close,” but Chinese President Xi Jinping said that his country could decide to “fight back” against certain terms. Last week, a bill intended to support Hong Kong protesters advanced through Congress, and that development was not taken well in Beijing.

The Fed Assesses the Economy

Federal Reserve officials gathered for their October meeting “generally saw the economic outlook as positive” according to minutes from the central bank’s October monetary policy meeting released Wednesday. Some of them termed the economy “resilient.”

The minutes also noted that the Fed would wait to assess the impact of its recent interest rate cuts and that any upcoming policy decisions might be data dependent.

Strength in the Housing Sector

Existing home sales improved 1.9% last month, by the estimation of the National Association of Realtors. Year-over-year, sales were up 4.6% through October, and the median sale price was $270,900, 6.2% above where it was 12 months earlier.

Wednesday, the Census Bureau said that single-family home construction increased for a fifth straight month in October. In addition, the pace of building permits for new homes hit a level unseen since 2007.

This will be an abbreviated trading week on Wall Street. U.S. stock and bond markets are closed on Thanksgiving Day (Thursday), and then reopen for a half-day session on Friday.

PLANNING FOR THE EXPECTED

Perhaps Bette Davis said it best when she observed, “Old age is no place for sissies".

Throughout your lifetime, you are likely to face a challenge or two. Eventually, each hardship will appear in the rearview mirror, and you will have more wisdom, strength, and better prepared for the unique challenges yet to come in later years.

Fortunately, you can plan to protect yourself and your family against the financial consequences of deteriorating health, and in many cases, insurance may play an important role.

Let’s examine some of the ways you can employ insurance to help protect your financial health.

For some, healthcare costs represent a larger share of their budget as the year's pass.

If you’re like many seniors, you have a strong desire to leave something to your children, grandchildren and perhaps a favorite charity. Through the use of life insurance, you can pursue these objectives. For example, life insurance can be used to create an estate or to equalize an estate transfer among your heirs.

Insurance will never be able to prevent the health issues that come inexorably with age, but it can be used to mitigate the potential financial consequences of them.