Key Wall Street benchmarks were up and down last week – or rather down and then up. A Tuesday retreat was offset by a Friday rally spurred by the Department of Labor’s November jobs report. 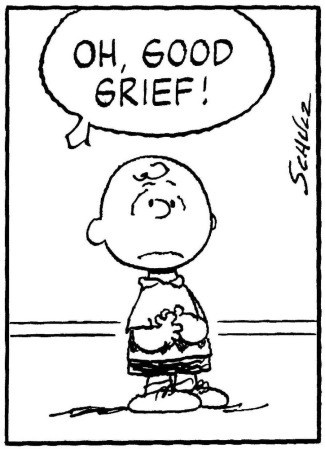 On December 9, 1965, the first CBS network airing of 'A Charlie Brown Christmas,' based on the New York Times comic strip, 'Peanuts'. While the network expected the special would be a flop, program executives soon learned the animated special was an instant success.

An estimated 15 million households, nearly half of American televisions at the time, tuned in to watch the prime time airing. From a television special, a classic was born, winning a Peabody and Emmy the following year and stands today as the longest-running animated special in history.

While the S&P 500 managed to rise 0.16% for the week, the Dow Jones Industrial Average declined 0.13%, and the Nasdaq Composite ceded 0.10%. MSCI’s EAFE benchmark for international stocks retreated 0.25%.

These numbers do not indicate an economy cooling off. While they were influenced by the return of striking General Motors workers to their jobs, November hiring gains were spread across several categories.

Markets Might Wait Well into 2020 for a China Trade Deal

The U.S.-China trade dispute has gone on for 21 months. Wall Street would like to see a new phase-one trade agreement signed this month, but the timeline could lengthen. On Tuesday, President Trump said that he was considering the option of waiting until after the 2020 election to sign off on such a pact.

On December 15, the U.S. is slated to impose a new set of tariffs on around $160 billion of Chinese products. Tech companies are eyeing this date with concern.

Holiday shopping is critical to the economy, accounting for about 20% of annual retail sales. This year’s calendar, however, does not favor retailers. The 2019 holiday shopping season is six days shorter than last year’s, as Thanksgiving fell on November 28. So, expect traders to keep close tabs on the pace of holiday spending, even with consumer confidence indices and stock benchmarks at high levels.

Don't Be Your Own Worst Enemy

One of the most well-known investors of the 20th Century, Benjamin Graham, said, “the investor’s chief problem – and even his worst enemy – is likely to be himself.”

What Graham understood – and modern research is catching up to – is the idea that we all have emotions and biases that affect our decision-making.The innate wiring built
to survive pre-modern times can be counterproductive in our modern world, especially when it comes to investing. Let’s take a quick look at a few of the human emotions and biases that can adversely impact sound investment decision-making.

Fear and Greed – These are the two most powerful emotions that move investors and investment markets. They are the emotions that lead us to believe that prices may continue to rise. Some investors have found a way to conquer these emotions, block out the market noise, and resist temptations within a too-exuberant market.

Overconfidence – Peter Bernstein, a noted economic historian, argued that the riskiest moment maybe when we feel that we are right. At the precise moment, the decision to tune out all opposing information to our beliefs is when we set ourselves up for investment surprise.

Selective Memory – As humans, we have a natural tendency to recast history in a manner that emphasizes our successes and downplays our failures. As a result, we may not benefit from the valuable lessons failure can teach. Indeed, failure may be your most valuable asset.

Prediction Fallacy – We have an innate desire to recognize patterns and apply these patterns to predict the future. Believing that because “A” occurred and “B” happened, if
“A” happens again, we can profit by anticipating that “B” will repeat. Market history is littered with examples of “rules of thumb” that have worked until they no longer did.

Financial markets are complex and unpredictable. Our financial goals are best realized when we tune down the inherent behavioral obstacles we all share. Success comes as
the result of acting on our natural tendencies, maintaining a flexible perspective, and seeing challenges as a necessary part of achieving what matters most to you.

As always, please contact my office with any questions or concerns you may have.