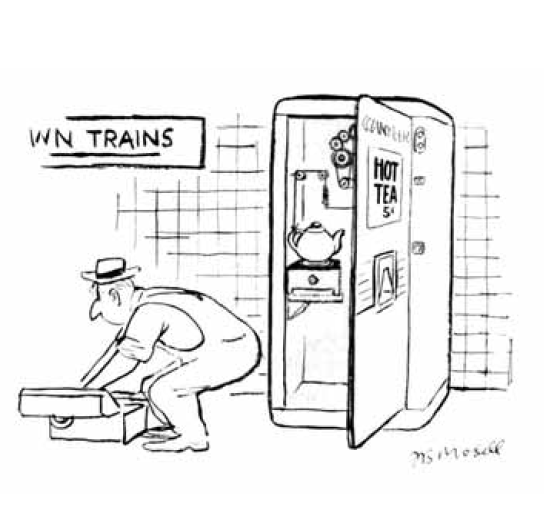 The United States invented both the tea bag and iced tea in 1904. An estimated 85% of tea that is consumed in the United States is iced tea. Over 519 million pounds of tea are imported into the United States each year. Tea was a major factor in establishing connections between the East and West. It was also a catalyst for developing new technology, such as faster transport ships.

Advancing 0.91% on the week, the Nasdaq Composite outperformed the S&P 500 (up 0.73%) and Dow Jones Industrial Average (up 0.43%). The MSCI EAFE index, measuring the performance of developed markets overseas, improved 0.42%.

Friday, White House and Chinese officials confirmed an agreement on what has been characterized as an initial step toward a larger trade pact. As a result of this phase-one deal, new U.S. tariffs (slated to go into effect on December 15) were canceled. The 15% tariffs (imposed on $110 billion of Chinese goods in September) now fall to 7.5%.

The last Federal Reserve meeting of the year brought no adjustment for the federal funds rate. The vote to leave short-term rates unchanged was unanimous.

After the meeting, Fed chair Jerome Powell told the media, “as long as incoming information about the economy remains broadly consistent with [our] outlook, the current stance of monetary policy will likely remain appropriate.”

Economists, surveyed by Bloomberg, expected a retail sales gain of 0.5% for November, but according to the Department of Commerce, the advance was only 0.2%. In a bright spot for analysts who wanted to see a strong start to the holiday shopping season, sales at online retailers rose 0.8% last month.

A DECISION NOT MADE IS STILL A DECISION

Investment inaction is played out in many ways, often silently, invisibly and with potential consequences to an individual’s future financial security. Investors who find themselves putting off important investment decisions might consider the following tip from motivational speaker Brian Tracy, “Almost any decision is better than no decision at all". Forms of potential risk include:

The worst non-decision is the failure to enroll. Not only do non-participants sacrifice one of the best ways to save for their eventual retirement, but they also forfeit the money from any matching contributions their employer may offer. Not participating may be one of the most costly non-decisions one can make.

The non-decision to select investment contributions for their 401(k) plan can potentially have long-term risks. When a participant fails to make an investment selection, the plan will automatically invest your funds, which puts you at risk of a portfolio that may not be consistent with your time horizon, risk tolerance, and long-term goals.

For homeowners, “stuff” just seems to accumulate over time. The same may be true for investors. Some buy investments based on articles they have read or on a recommendation from a family member. Others may have investments held in a previous employer’s 401(k) plan. Over time, they can end up with a collection of investments that may have no connection to their investment objectives.

Because the markets are dynamic, an investment that may have made good sense yesterday might no longer make sense today. By periodically reviewing your assets, you can determine whether your portfolio reflects your current objectives or if there are discrepancies to address.