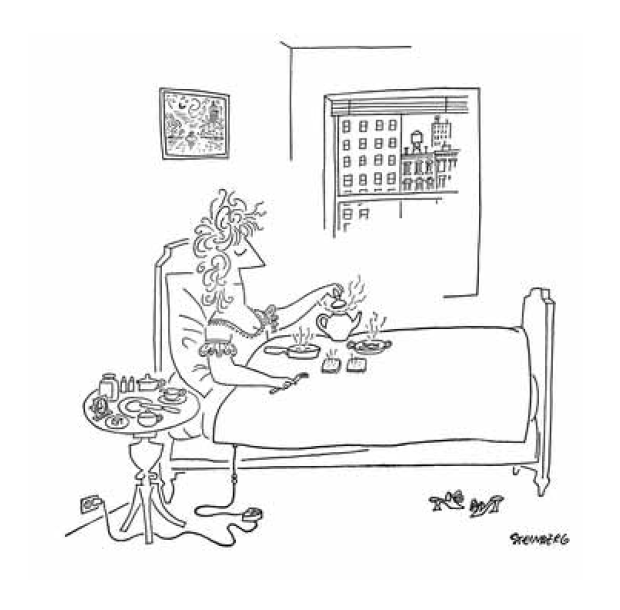 This morning 100 million Americans began their day in the same way—drinking their first cup of coffee. Few, if any, took a moment during this morning ritual to contemplate or marvel the complex journey that brought their coffee from farm to kitchen table.

Coffee is one of the U.S.’s largest food imports. It wields an economic impact that starts with farmers from Brazil to Vietnam and ends with the barista at your local coffeehouse, involving hundreds of truckers, shippers, roasters and retail workers in between. More than 36 hands touch every coffee bean in the journey from bush to cup.

Once roasted, coffee will be ground (or left as whole beans), packaged and shipped to distribution centers around the country for eventual delivery to retail outlets. Coffee’s journey to your table may travel a different path given the rise of specialty roasters and a growing connection between coffee retailers and farmers.

Foreign stock markets, as tracked by the broad MSCI EAFE index, fell 1.03% for the week. Coincidentally, the S&P 500 lost exactly that much across a 4-day Wall Street trading week. The Dow Jones Industrial Average declined 1.22%, the Nasdaq Composite 0.79%.

By Friday’s closing bell, two cases of coronavirus had been confirmed in the U.S. by the Centers for Disease Control and Prevention. Sixty-three other potential cases were being monitored. Twenty-six people had died from the virus in China, where more than 30 million people faced travel restrictions.

This news exerted a drag on stocks in multiple industries. Oil prices also slipped: West Texas Intermediate crude lost 7.4% for the week to settle at $54.19 Friday. Stock and commodity traders wondered if the virus would mimic the SARS scare of 2002-03, which kept Chinese workers and shoppers at home and hurt corporate earnings worldwide.

Fewest Homes for Sale in 20 Years

Existing home sales improved 3.6% in December, according to the National Association of Realtors. This happened even as the number of listed properties hit a 20-year low. The NAR says that the rate of total U.S. home sales (existing and new) increased 10.8% in 2019.

Traders will watch not only earnings and economic indicators this week, but also the Federal Reserve, which meets Tuesday and Wednesday. Will the central bank’s latest monetary policy statement reveal any subtle change of outlook?

The Setting Every Community Up for Retirement Enhancement (SECURE) Act is now law. With it, comes some of the biggest changes to retirement savings law in recent years. While the new rules don’t appear to amount to a massive upheaval, the SECURE Act will require a change in strategy for many Americans. For others, it may reveal new opportunities.

Limits on Stretch IRAs. The legislation “modifies” the required minimum distribution rules in regard to defined contribution plans and Individual Retirement Account (IRA) balances upon the death of the account owner. Under the new rules, distributions to non-spouse beneficiaries are generally required to be distributed by the end of the 10th calendar year following the year of the account owner’s death.

It’s important to highlight that the new rule does not require the non-spouse beneficiary to take withdrawals during the 10-year period. But all the money must be withdrawn by the end of the 10th calendar year following the inheritance.

Let’s say that a person has a hypothetical $1 million IRA. Under the new law, your non-spouse beneficiary may want to consider taking at least $100,000 a year for 10 years regardless of their age. For example, say you are leaving your IRA to a 50-year-old child. They must take all the money from the IRA by the time they reach age 61. Prior to the rule change, a 50-year-old child could “stretch” the money over their expected lifetime, or roughly 30 more years.

IRA Contributions and Distributions. Another major change is the removal of the age limit for traditional IRA contributions. Before the SECURE Act, you were required to stop making contributions at age 70½. Now, you can continue to make contributions as long as you meet the earned-income requirement.

Also, as part of the Act, you are mandated to begin taking required minimum distributions (RMDs) from a traditional IRA at age 72, an increase from the prior 70½. Allowing money to remain in a tax-deferred account for an additional 18 months (before needing to take an RMD) may alter some previous projections of your retirement income.

The SECURE Act’s rule change for RMDs only affects Americans turning 70½ in 2020. For these taxpayers, RMDs will become mandatory at age 72. If you meet this criterion, your first RMD won’t be necessary until April 1 of the year after you reach 72.

Multiple Employer Retirement Plans for Small Business. In terms of wide-ranging potential, the SECURE Act may offer its biggest change in the realm of multi-employer retirement plans. Previously, multiple employer plans were only open to employers within the same field or sharing some other “common characteristics.” Now, small businesses have the opportunity to buy into larger plans alongside other small businesses, without the prior limitations. This opens small businesses to a much wider field of options.

Another big change for small business employer plans comes for part-time employees. Before the SECURE Act, these retirement plans were not offered to employees who worked fewer than 1,000 hours in a year. Now, the door is open for employees who have either worked 1,000 hours in the space of one full year or to those who have worked at least 500 hours per year for three consecutive years.

While the SECURE Act represents some of the most significant changes we have seen to the laws governing financial saving for retirement, it’s important to remember that these changes have been anticipated for a while now.