The People's Bank of China (PBOC) started the New Year with a downward currency adjustment and fireworks followed.

Last week, three distinct issues affected China's stock market. First, the PBOC's devaluation of the yuan (a.k.a. the renminbi), along with the knowledge the central bank had been spending heavily to prop up its currency in recent months, led many analysts and investors to the conclusion China's economy might not be as robust as official reports indicated, according to the Financial Times.

Second, state-run media made it clear the Chinese government would not step in to spur growth. Allowing market forces to play out is a requirement of the reforms international investors have been demanding of China, according to Barron's. The publication suggested Chinese President Xi Jinping is the victim of a Catch-22. The Chinese government took steps toward reform and international investors responded by selling shares in a panic:

"Weaning China off excessive credit, investment and import-led growth in favor of services means slower growth. Markedly slower, in fact, than the 6.5 percent Beijing is gunning for this year. But Monday's 7 percent stock rout shows international investors want it both ways. The rapid growth, innovation, and disruptive forces that capitalism produces? Yes. The downturns and volatility that come with it? Not so much."

The third factor was China's new and very strict stock market circuit breakers, which were introduced on January 4. The circuit breakers were intended to calm overheated markets, but they sparked panicked selling instead. When the Shanghai Shenzhen CSI 300 Index falls 5 percent, Chinese stock trading stops for 15 minutes. When the index is down 7 percent, trading stops for the day. A similar mechanism is employed in U.S. markets, which are far less volatile. However, trading is not delayed until the Standard & Poor's 500 index has fallen by 7 percent, and it does not stop until the index is down by 20 percent. Last week, China's stock markets closed twice as investors, who were worried the circuit breakers might kick in, rushed to sell shares.

China suspended its circuit breakers on Thursday, and the PBOC set the value of the yuan at a higher level. That helped China's stock markets, and others around the world, settle. China's markets gained ground on Friday, although U.S. markets finished the week lower. Markets may continue to be jittery next week as "a tsunami of negative psychology driven by China" works its way through the system, reported Reuters.

FOURTH QUARTER, A LOOK BACK...

The Federal Reserve pulled the trigger. At the December Federal Open Market Committee meeting, the Fed finally acted, tightening monetary policy by raising the funds rate from 0.25 percent to 0.50 percent. It's important to remember the Fed doesn't actually set interest rates. It takes actions designed to influence financial behaviors. The Fed has given rates a push, it remains to be seen whether its efforts will bear fruit.

The European Central Bank (ECB) acted, too. Although, its monetary policy moved in a different direction, offering additional stimulus measures to support European economies.  Investors were enthusiastic when the ECB announced its intentions; however, markets were underwhelmed when the economic measures delivered were less stimulative than many had expected.

China's currency gained status. The International Monetary Fund decided to add the Chinese yuan (a.k.a. the renminbi) to its Special Drawing Rights basket, effective October 1, 2016. After the renminbi is added, the U.S. dollar will comprise 42 percent of the basket, the euro will be 31 percent, the renminbi will be 11 percent, the Japanese yen will be 8 percent, and the British pound will also be 8 percent.

Congress tweaked Social Security. The Bipartisan Budget Act of 2015 (BBA) averted a U.S. default and deferred further discussion of U.S. debt and spending levels until after 2016's presidential and congressional elections. It also did away with two popular social security claiming strategies. The restricted application strategy was discontinued at the end of 2015, and file and suspend strategies will be unavailable after May 1, 2016.

Medicare premiums go up, but not for everyone. The BBA also limited increases in Medicare premiums. About 14 percent of Medicare beneficiaries will pay higher premiums in 2016. The new premium will be $121.80, up from $104.90 in 2015. Original proposals suggested the premium amount increase to $159.30.

"If you do not change direction, you may end up where you are heading."

Go Barefoot to Improve Your Footwork

Is your swing in balance? A balanced swing means that you finish with your face, chest, and belt buckle facing the target and most of your weight on your front foot. If your finish is out of whack, it's likely that your swing is unbalanced and your shots are lacking in power.

To improve your balance, try swinging barefooted so that you can really feel the contact with the ground. Tee up with an iron and focus on making solid, well-balanced swings. The idea is to develop the body consciousness to know when you're in balance and bring that motion with you when you play in shoes. 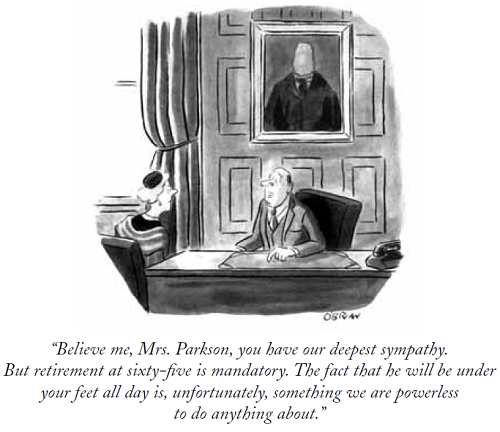