We all have our pet peeves, and if there is one thing markets do NOT like, it is uncertainty. Unfortunately, we entered 2016 with a lot of unanswered questions:

Amidst all of this uncertainty, the words 'market correction' (a drop of at least 10 percent in the value of the market) and 'bear market' (a drop of 20 percent or more in the value of the market) are being bandied about frequently. According to Barron's, the Standard & Poor's 500 Index finished last week in correction territory. So, are we headed for a bear market? That remains to be seen.

Bear markets often are accompanied by recessions, and few experts believe a recession is likely in the United States during 2016. Historically, there have been bear markets which have occurred without a recession. These have lasted, on average, for about five months. That's far shorter than the 20-month average length of bear markets that come in tandem with recessions.

One expert cited by Barron's commented on the market downturn, "If there's a silver lining, it's that the market is a lot cheaper than it was a few months ago. The S&P 500 trades at 15.9 times 12-month forward earnings forecasts... back where valuations were at the beginning of 2014. That means there are values to be had."

INVESTING DURING THE PAST COUPLE YEARS HAS BEEN LIKE driving down a rutted dirt road in a car with worn shock absorbers: fraught with jarring ups and downs. At times like these, it can be helpful to look back and realize we have weathered difficult markets in the past.

A good starting point may be August 1979 when the headline on the cover of BusinessWeek declared equities (stocks) were dead. The accompanying article explained, "The Dow Jones industrial average set its all-time high of 1051 in 1973, but since then it has sunk nearly 20 percent to its current 830." More recently, Bloomberg discussed the circumstances that led to the article:

"At the time the story was written, the stock market had sustained serious losses and the long-term health of the U.S. economy was a significant concern. The story has aroused some controversy over the years, as the stock market staged a strong comeback in the decades that followed its publication. But few, if any, market forecasters were willing to call such a recovery at the time, and the story provides a telling look at how inflation had ravaged the market landscape - and investor psychology - at the close of the 1970s."

Since the 1970s, we've weathered a few other crises of note:

It's an uncomfortable fact, but stock markets can be volatile. They move up and down, although historically, market values have tended to increase over time. That's one reason it's important to build and maintain a well-allocated, diversified portfolio grounded in your risk tolerance and financial goals. Diversification does not assure a profit or protect against losses, but it may help reduce the impact of market fluctuations on the value of your portfolio over time.

"The most difficult thing is the decision to act, the rest is merely tenacity. The fears are paper tigers. You can do anything you decide to do. You can act to change and control your life; and the procedure, the process is its own reward."

Successful shots depend on your mental game as much as your physical ability. One way to improve your mental focus is by placing your attention only on the things that matter: the type of shot you're playing, your target, and your strategy for the swing. Avoid the distractions of your partners, negative thoughts, fears, or other attention-robbing factors.

If you find yourself focusing on distractions, regroup and refocus by taking a few breaths and tuning in to your swing. Don't feel rushed into a swing when you're not completely focused on your goal. Here's a quick routine:

I have some money left in an old 401(k) from a previous employer. Should I leave it there?

The wisdom of consolidating is dependent on your circumstances. Generally, consolidating is most popular for former employees of sub-par plans, the over 59½ set, and people wanting more control. Leaving the 401(k) alone is usually favored by those who separated from service between ages 55 and 59 because they can get money out of the 401(k) without the 10% penalty for pre-59½ distributions. 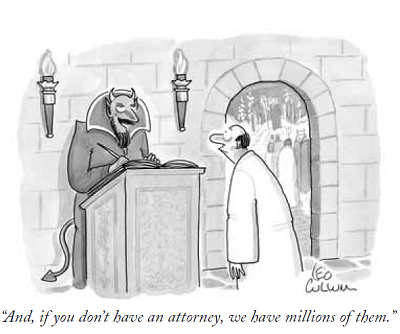