News that the Federal Reserve would be expanding its bond-buying program to include the debt of individual companies sparked a sharp jump in stocks, gaining momentum continued through the week as investors focused on positive economic signals, especially with retail sales. 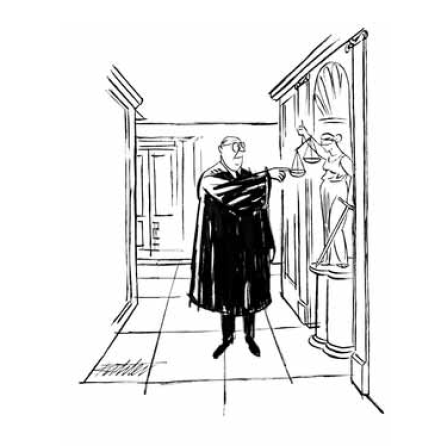 After almost a century of disorganization and confusion among federal government lawyers, the Senate and House both passed the “Act to Establish the Department of Justice Bill,” which introduced the new department and was signed by President Ulysses S. Grant on June 22, 1870, to take effect on July 1 of that year.

A midweek report of an effective COVID-19 treatment for critically ill patients boosted investor optimism. Market sentiment also was helped by talk of more fiscal stimulus and a report that China would be moving ahead with agricultural purchases to comply with phase one of the trade deal, easing concerns over growing friction in the U.S.-China relationship.

Last week's economic data illustrated the uneven nature of the nation's nascent economic recovery. Retail sales, which were up by 17.7% in May, reflected a robust and encouraging rebound in the U.S. consumer. Consumer spending was particularly strong in clothing, furniture, sporting goods, and autos.

Other corners of the U.S economy saw tepid rebounds, with industrial production up by only 1.4% and new housing ahead by just 4.3%, indicating relief has yet to reach all sectors. Jobless claims recently posted at 1.5 million, their best number since mid-March but remained high by historical standards.

Last week saw the flare-up of border tensions in two geopolitical hotspots: North Korea and the disputed border region between China and India. The hope, of course, is to avoid further escalation through diplomacy, but any heightening in tensions may become a concern for global markets.

Retired or Nearly There? How to Weather a Market Downturn

A volatile stock market is unsettling for any investor. For retirees and near-retirees, though, troublesome markets can be dangerous. Stock market losses early in retirement can significantly increase your chances of running short of money. But we can mitigate our own risk with a few of the following actions that may have the potential to help make our money last.

When the stock market is booming, it may lead investor temptations to "let it ride" rather than regularly rebalancing back to a target mix of stocks, bonds, and cash. Not rebalancing means those investors are more likely to have way too much of their portfolios in stocks when a downturn hits. The right asset allocation depends on your income needs and risk tolerance, among other factors. Still, many financial planners recommend retirees keep a few years' worth of withdrawals in safer investments to mitigate the urge to sell when stocks fall. The "bucket" strategy can be useful to avoid selling in down markets.

Individuals are encouraged to keep one to three years' worth of expenses in cash, plus seven to nine years' worth in bonds, giving a total of 10 years, which is typically long enough to ride out a correction without having to decide whether to sell any stocks. Near-retirees who use target-date funds or computerized robo-advisors to invest for retirement don't have to worry about regular rebalancing as its an automatic process. But they may want to consider switching to a more conservative mix if stocks make up over half of their portfolios.

Start smaller or cut back.

Historically, retirees could minimize the risk of running out of money by withdrawing 4% of their portfolios in the first year of retirement and increasing the withdrawal amount by the inflation rate for each following year, known as the "4% rule." Some investors worry that the rule might not work in extended periods of low returns. One alternative is to start withdrawals at about 3%.

Reducing expenses trims the amount that retirees must take from their portfolios during bad markets while working to lower or eliminate debt before retirement. Another suggestion is to maximize Social Security checks. From age 62, benefits increase by about 5% to 8% for each year that Social Security is delayed, capping at age 70.

The more guaranteed income people have, the less they may have to lean on their portfolios. Ideally, retirees would have enough guaranteed income from Social Security and pensions to cover all of their necessary expenses, such as housing, food, utilities, transportation, taxes, and insurance.

A survey released in 2020 found that among near-retirees — people within five years of retirement — 72% worry they will outlive their money, and 57% feel overwhelmed about determining how much they can spend. Yet most people don't consult financial planners to ensure their investment, withdrawal, and Social Security claiming strategies are sound.

A second opinion, preferably from a fiduciary advisor committed to your best interests, is critical. Advisors use powerful software as well as knowledge gained from guiding many clients through retirement.