In a holiday-shortened week, stock prices turned higher as encouraging economic data outweighed an increase in COVID-19 cases and a rollback in economic re-openings. 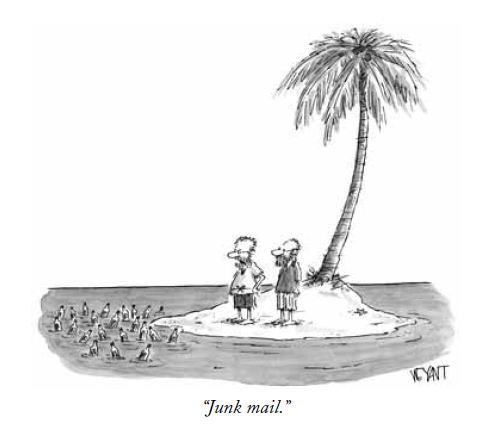 An initiative established by The Clean Beaches Coalition, Clean Beaches Week is celebrated annually from July 1 – July 7, which aims to raise awareness and attention to the preservation of our surrounding beaches with roughly 372,000 miles of the Earth's coastline.

In 2007 the United States Senate and House of Representatives passed the National Clean Beaches Week Resolution by unanimous consent and since then has drawn enormous public support with over 150 coastal governors, mayors, and county commissions having now issued proclamations in support of the week.

The Dow Jones Industrial Average rose 3.25%, while the S&P 500 increased by 4.02%. The Nasdaq Composite Index gained 4.62% for the week. The MSCI EAFE Index, which tracks developed stock markets overseas, picked up 0.22%.

The Quarter in Brief

As a new quarter begins, we look back on an eventful second quarter for households and investors alike – a quarter in which the economy took a mighty hit, while the stock market soared. Complying with stay-at-home orders, Americans abruptly cut back on discretionary spending, traveling, and commuting, resulting in a dire scenario for some industries. Unemployment rose as business revenue declined.

Fundamental economic indicators saw big swings, and on one trading day, oil prices collapsed into negative territory. Homes became easier to finance, although transactions declined. The Federal Reserve made proactive moves to try and foster a bit more economic stability. While Main Street quieted, Wall Street rallied, sensing that an economic rebound might be starting. The S&P 500 gained 19.95% for the quarter.

The rally that started in late March continued in the second quarter. Traders were encouraged by better-than-expected earnings in specific industries, positive news about potential COVID-19 treatments and vaccines, and the Federal Reserve's commitment to addressing turbulence in the economy and the markets.

As this quarter begins, investors are wondering whether the worst of the recession has passed? A quick answer may prove elusive. The third quarter may bring more signals that Main Street is bouncing back, but it could also bring a reversal of economic momentum if states continue to halt or reverse phases of opening. For the market to climb higher off of its Q2 melt-up, earnings and economic indicators must continue to show improvement or at least stability. The same goes for COVID-19 case counts. If they continue to rise this summer, the bulls could easily hold back.

The ultimate measure of economic recovery is jobs for Americans, and last week, Wall Street got an update from three different perspectives. First, the ADP (Automatic Data Processing) National Employment Report, reported that private-sector employers added 2.37 million jobs in June. Next, an update on jobless claims, which showed 1.43 million claims: slightly higher than estimates. And finally, the June employment report from the Bureau of Labor Statistics showed 4.8 million jobs added, and the unemployment rate fell to 11.1%. Both numbers were better than expected.

Taxpayers who took RMDs as early as January 1 now have the option to roll the funds back into a retirement account by the end of August.

As part of its provisions to support individuals and businesses during this challenging period, the Coronavirus Aid, Relief, and Economic Security (CARES) Act suspended required minimum distributions (RMDs) for 2020. However, many taxpayers had already taken their 2020 RMD before the passing of this provision.

On June 23, 2020, the IRS expanded the CARES Act, allowing taxpayers between January 1 and June 23, 2020, who already took an RMD from certain retirement
accounts, including Beneficiary IRA owners, to roll those funds back into a retirement account by August 31, 2020. The relief provided by this provision is broad and applies to traditional IRAs, SEP IRAs and SIMPLE IRAs, as well as 401(k), 403(b), and government-sponsored Section 457(b) plans. Furthermore, the relief applies to both retirement account owners themselves and beneficiaries taking stretch distributions.

Given the market volatility of the last few months, this change allows potential recovery for retirement portfolios that experienced recent declines, allowing some investors to draw income from more tax-efficient sources.

If you have already taken your RMD for 2020, there are strategies available that can allow you to return the distribution to your retirement account without tax consequences. Please contact your financial advisor for more information. He or she can work with your tax and legal professionals to determine how this legislation affects you directly.