Stocks treaded water last week amid fading prospects for a stimulus bill, fears of a second wave of COVID-19 cases, and increasing political and regulatory pressures on Big Tech companies.

Just as the stock market crash of October 28, 1929, has forever come to be remembered as "Black Tuesday," so October 19, 1987, has come to be known as "Black Monday." On this day, the stock market again crashed, precipitating one of the worst financial crises of the modern globalized era, as the Dow Jones Industrial Average dropped 508 points, losing 22.6% of its value. Within that one day, the Dow Jones Index alone lost over $500 billion, while others lost millions instantly. 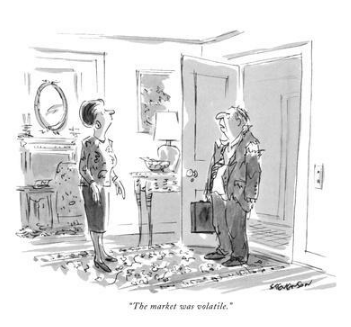 The Dow Jones Industrial Average added just 0.07%, while the S&P 500 saw a very minimal uptick of 0.19%. The Nasdaq Composite index picked up 0.79% for the week. The MSCI EAFE index, which tracks developed overseas stock markets, slid 2.08%.

The stock market began the week by posting substantial gains on hopes of a fiscal stimulus bill. Also, investors were optimistic that earnings season would reflect an improving picture of corporate performance. But stocks stumbled midweek on a mixed bag of early earnings results and an increase in COVID-19 cases in the U.S. and Europe.

Disappointing news on some pivotal COVID-19 treatment trials also weighed on the market, as did a jump in new jobless claims and a continued stalemate on a fiscal stimulus package.

Stocks attempted to rally on Friday, emboldened by strong retail sales, but lost momentum as trading came to a close.

Banks attributed the strength to rising consumer deposits, a drop in the amount of money set aside for failing loans, and strong results from their investment banking and trading units. Airlines fared less well. Investors were disappointed with the quarterly reports even though the average daily cash burn at these companies generally improved.

Airline management uniformly accompanied their earnings announcements with warnings of continued near-term weakness due to COVID-19.

How Much Money Will You Need for Retirement?

National Retirement Security Month, which received its first congressional endorsement in 2006, is dedicated to raising awareness about the importance of saving for retirement. Recent data from the Employee Benefit Research Institute indicates that less than 2/3 of U.S. workers or their spouses are currently saving for retirement. And, the amount saved is far behind what is necessary to fund retirement adequately.

Take this opportunity to reflect on your personal retirement goals and use our online tools to determine if you are on target. National Retirement Security Month asks Americans to be aware of their financial standing concerning retirement and for employers to make every effort to help them take the steps necessary to prepare for their financial security in retirement adequately.

"Will I outlive my retirement money?" As one of the top fears for people who are starting to prepare for their retirement years, the answer is: it depends on your goals, time horizon, and risk tolerance. Americans remain steadfast in their confidence in Social Security to fund a secure retirement. Yet Social Security was never meant to serve as a comprehensive income replacement source to supplement pension income.

Social Security benefits replace roughly 40% of pre-retirement income among average earners. While this is a meaningful supplement to other income sources, it's hard enough to maintain a comfortable lifestyle on its own. $1.9 million is the number, according to a well-known financial services company's nationwide survey of 1,000 employed 401(k) participants.

In 2019, the same study reported that the number was $1.7 million. But this year's pandemic increased the total by $200,000. Is $1.9 million a realistic figure for retirement? It's hard to say. The survey didn't ask participants how they arrived at that figure or what information they used to draw that conclusion.

Determining how much money you need in retirement is a process. It shouldn't be a number that you pull out of thin air. The process should include looking at your current financial situation and developing an approach based on your goals, time horizon, and risk tolerance. The process should consider all your potential sources of retirement income and project what your income would look like each year in retirement.

A significant figure like $1.9 million does little good if you're uncertain what it means for your retirement years. We can help you develop a retirement strategy and show you investment ideas designed to help you pursue the retirement of your dreams.